{ An excerpt from Oi! Issue 1 – Originally published in 2014. Download the digital copy HERE!} 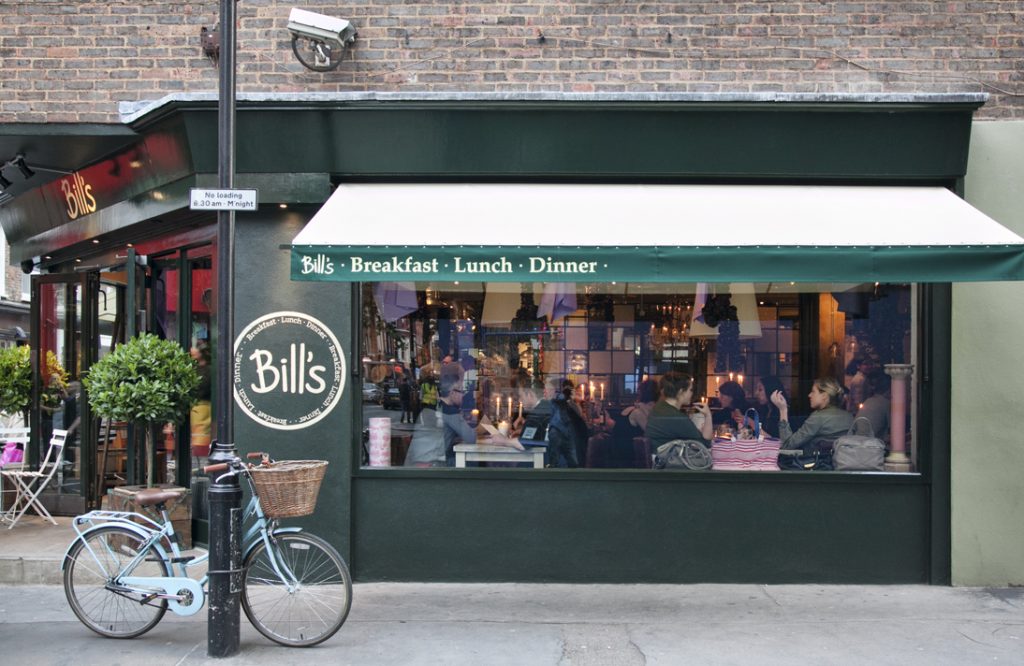 “Yeah, haha, pretty nice in here.“ She said with a humbled discreet sense of approval,she’d been invited by the red headed cyclist sat opposite her.
“OMG”,she said excitedly, rushing to give a dramatic illustration of her last meal there.
“I just love it here!?”
Her guest glanced back waiting for a verbal explanation for her theatric response; a character who at times proved hard to please but remained willing to be pleased.
She’d heard the brief gasps of promo before, she was here now, she just wanted details. Especially before she ordered.
“Do you know what you’re gonna order?”
“Yeah, To be honest I think I’m gonna get exactly what I ordered last time… Mmmm, yes, OMG you should taste the house wine!” Nervous laughter briefly erupted from her mouth,
“You know… I don’t really… like, white wine, but…”
“REALLY ?!, URGH !I LOVE WHITE WINE!” she butted in innocently, deluded by the thoughts of the alcoholic liquid.
“Dry, crispy white wine with a citral palette…”
“…yeah, uh, I guess I’ll try it?”she concluded quickly.
“No promo but wait till I get my dessert, the ….Lemon Meringue Cheesecake.”
“Yuh, I think I’m gonna get the Mezze platter, you wanna share?”
“What does Mezze mean again? Is it Mexican?”
“Ha! I think it’s Turkish, I’m not sure… typically you see it in Turkish restaurants… comes with a mix of tastes from other dishes for the indecisive…”

Hungry and unprepared for language classes, she scanned through the Menu dismissively blocking out the little she was unwilling to comprehend, a British aspect of her nature.
“Mmnyuh, I guess I’ll try some and you can taste my Butternut Squash soup!”

The food arrived; they half lusted over each others dishes content with what they’d ordered. Impressed, unimpressed, confused, they continued tasting touching, sharing, feeding, laughing, wondering…
“Taste that…”
“Mmm, it’s nice but, erm, hmm I think I hate the fact that it looks like Weetabix? It’s nice though, we should find out what it is.”
“Let me ask the waiter. Excuse me, Excuse me, sir, what is this dip? What’s in it?”
“Babaganouche, it’s, it’s basically…”their two-way conversation became muted.
“What’d he say?”She leaned over the candle lit table, whispering, yearning for a new food noun to remember.
“I think it’s like err, like an Aubergine mash, much like how hummus is made. Hmmm, I prefer if this other tomato dip had a touch of salt or maybe balsamic vinegar, even cumin…” She noted before expressing her acute taste for Mexican food, her mother was a Mexican. She was part Mexican. She liked Mexican seasoning. She preferred it for the tomato dips and seasonings.
“Hmmmm?”
Unsure of the opposing taste buds, and unwilling to carry on the debate she diverted her attention and conversation to the wine which her tongue had become extremely familiar yet respectful of. She sipped it slowly and observed her surroundings. 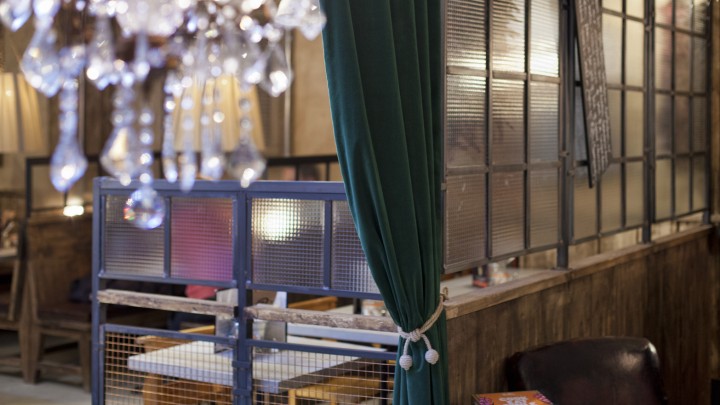 A bit like a cat.
“This wine is soo good! But yeah what happened with thingy? Hahaa! I can’t believe it, character complex or what?”
“Haha… Oh gard!” she choked, in her international accent.
“I dunno man, I mean I hate being dragged into it but… ”

She was reluctant to speak of the situation and attempted to change the topic.
Fiery red ombre kinks and mixed curl patterns where being elevated like the rays of a burning equatorial Sun. A rascally grin swept across her face like a quiet lighting bolt before a storm. She respected the unspoken loyalties expected from her, subtly reminded by familiar body language, more human than international, that she’d been picking up from her pirate like musketeer.
She blushed; as usual she tried to hide her rosy cheeks that seemed to always catch her off guard, but she blushed because she recognized the drama queen seem to care…
“I dunno, last time my soup tasted a bit different I can’t even lie, I tried it though, coz you know I been bragging for a bit! Haha!” She chuckled embarrassed by her previously extensive promo, whilst making a parallelogram of the conversation.
“It was thicker? This one’s more watery, you know like vegetables and stock in water. It might just be missing butter.”
Her companion was satisfied with her one spoonful taster and wasn’t eager to have more.
“You know what I’m gonna make you my special soup, the one that nobody forgets and everyone requests! No promo!”
“What’s it made of?”
“ … you’ll see when I make it. And you can cook your special Mezze for me one day…”she asserted.
“Who taught you how to cook?”
“Well… I kinda learned to cook from my dad, he was the chef of the house…!”
“Ow muy gord? Yaw dad cahn cook?!”the unanticipated Cockney accent queried, slightly confused but intrigued.
“haha, yeah, uh he’s the cook in the house…”She continued, describing how her father had constructed the perfect kitchen in his newly renovated house in Bermuda.
“Shut up ? No way? Wait what’s the stove like? And is there an island? What colour are the pots and pans? Rose steel?” she impatiently demanded, the spoilt felt deprived of answers that could fill her unlimited imagination with concepts for future kitchen interiors.
What seemed like a stereotypically female discussion on kitchenware and interior design had commenced. They had vanished into infinite dimensions of surrealism but were abruptly resuscitated when the Igbo British skinhead dining with the Mexican Bermudan pirate described constant trauma with regards to the kitchen in her shared accommodation. 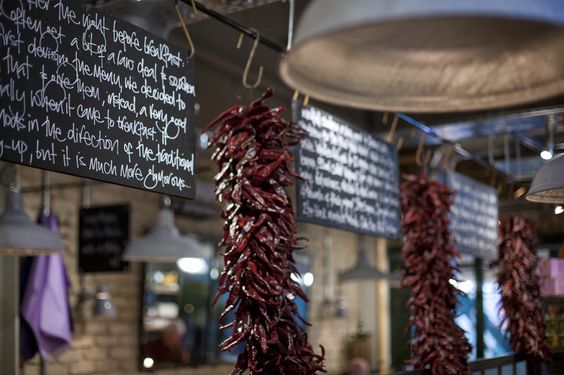 She was suffering from Clinical depression. She diagnosed herself with OCD but she had her reasons. ‘An independent who was getting used to sharing and trusting others. ’Germs reminded her of people and the kitchen was shared, she had no right to disinfect it the way she wanted to, but her taste was gourmet and this needed special kitchen arrangements.
“Yeah, uh maybe we could go out there one day, roam the beach naked!?”she mentioned titillatingly.
“Really? Oh my God… that would be sick… I’m in, let’s do it…”she chortled, without a smile, shifting her eyes away and around at the room and back down at her soup, shy at the over exposure of her darkest fantasies.
Something about learning to cook from her dad and living in Bermuda recalled the question of her father’s occupation.
“…He’s a doctor. My dad, he’s a doctor…”the modestly proud daughter went on to explain how her father had taught her to cook at the time she was suffering from anorexia. In an attempt to tempt her into eating more, he solicitously, cunningly taught her how to cook.
With an attempt to dismiss the emotional attachment the traveler passionately but briefly gave an exhortation about how she had taken herself out of a depression that lasted 4 years, into a state where she was sane and able to cope with living on her own in London. It empathically was understood that she overcame anorexia through painstaking wilfulness, despite her father insisting she go to a psychologist; she didn’t believe in psychologists or psychotic drugs… 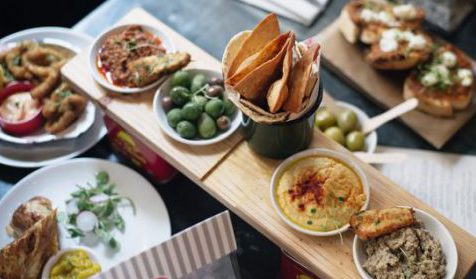 The multicultural chameleon crunched on a spoonful of melting ice.
“Oooowh! Its eeyah!” the south Londoner exclaimed rubbing her palms together with glee. Her precious citrus, biscuit, meringue and ice-cream concoction had arrived, she’d been waiting, was aroused, and remained loyal, ordering the same concept of edible libido.

This was her paramour, but she was willing to share it with the androgynous buccaneer.
“You want some? Go on then?! Pehlease?! Get a spoon coz you’ll regret it. Its too good!?” 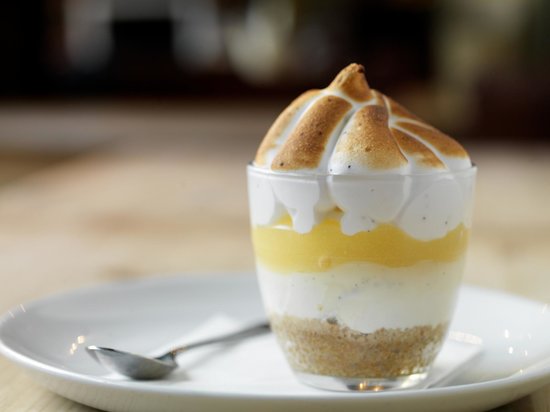 As they sucked and licked, cold silverware sent whacking sensations shooting through their pulsating fibrous food palettes.
Nodding, grinning, and exchanging glances of approving eye contact they nonchalantly, ironically discussed the power of willpower.
“You know I wanted to invite what’s his face here…”she inserted aloofly, praying her playmate would catch on and take heed to her silent pine for advice.
“…but I dunno yet, you know?…”
She knew.
“Too many good associations…?!”
“Hahaaaa..?! Basically…”she giggled indignantly at the thought of he who had caught her off guard, he who must have somehow gotten hold of her tick list in secret and began a sedatingly obscure performance featuring her favourite, specifically selected and unspoken scenes.
She was as whipped as the glazed cream that topped her dessert.
“hmmm , yeah, but whatev’s init, no big deal…”she lied. Casually.
After abrading the tumbler dwelling creamy biscuity canyon, they laughed at their bill in unison, with no pun intended.
It was a private joke.
One person paid.

The other would do so the next time, at the next location maybe?
Unwilling to leave but with schedules calling, they filled their photographic memories, standing aimlessly at the doorway.
Beneath halos of hanging garlic and chilly peppers, hiding any signs of heartbreak, considering it was time for departure and the fact that Bill’s was tangible but equally intangible, they exited the draft excluding entrance.
There was something about Bill’s that let them know subconsciously that they’d be back, sooner rather than later…