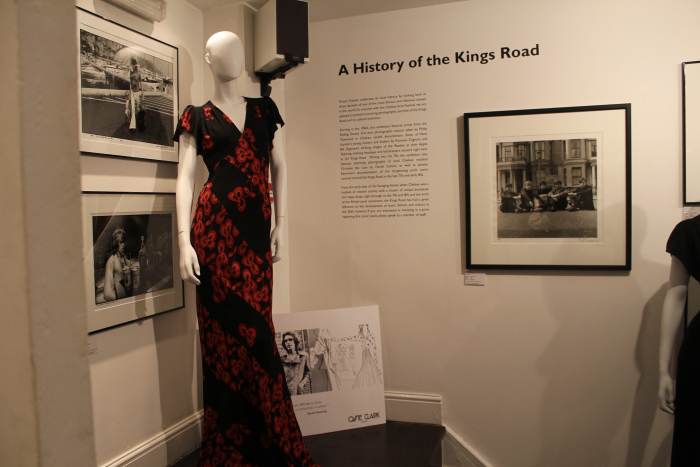 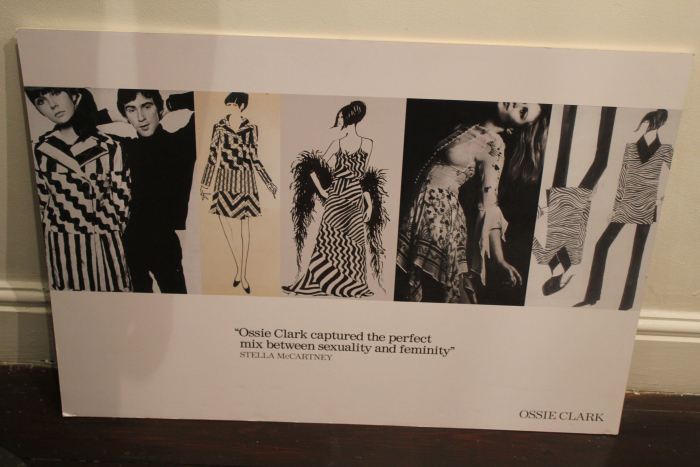 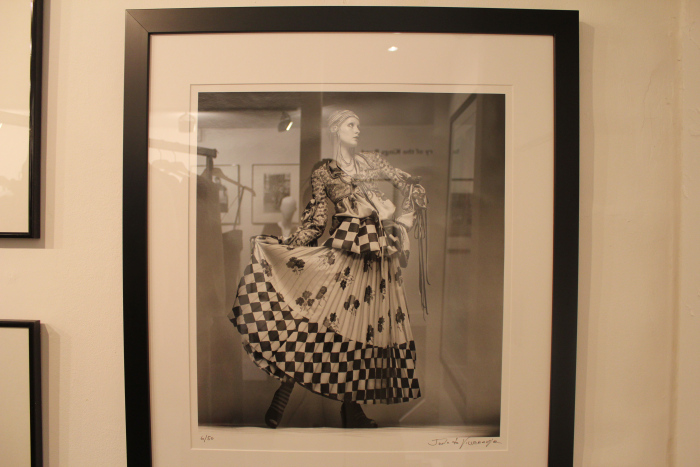 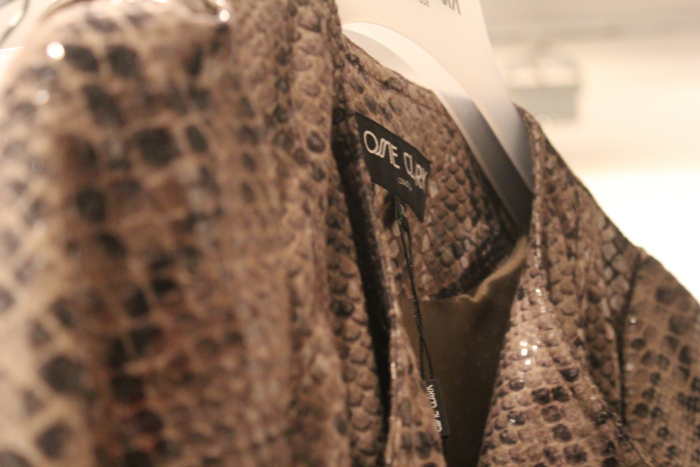 It has definitely been a super duperly busy week so far, on Tuesday we took a long left stroll from Sloane Square to Proud Chelsea Galleries on Kings Road where designer Nicolas Georgiouwas showcasing the latest Ossie Clark LondonS/S13 collection.

For those unfamiliar with the King of King’s Road, English fashion designer Ossie Clark reigned supreme during the Swinging Sixties, with a client list including Mick Jagger and the Stones, Bianca Jagger, Twiggy, Liza Minnelli, who loved his “effortless mix of surrealism and pop-art; Hollywood glamour with Soho bohemia; the way he captured a lifestyle with a blithe stroke of a pencil… And when he dressed them, he blessed them with a look that cut the haughty out of haute couture.”

After graduating from the Royal College of Art in London with a first class degree, Clark was introduced to Alice Pollock at his RCA show who then featured his pieces in her exclusive boutique ‘Quorum’ where soon after he began work as co designer. He went on to collaborate with and marry, textile designer and muse  Celia Birtwell.

Famous for his snakeskin jackets, moss crepe fabric , and his designs which played a pivotal role in non-restrictive fashion for the female form, focusing on femininity in shape, creating pieces that accentuated womens sexuality in a trendy, beguiling manner.

His collection showcased at Berkeley Square in London was the first British fashion show  to feature black models in the late 60’s.

Clark was also a source of inspiration for designers such as Yves Saint Laurent, Anna Sui, Tom Ford and Manolo Blahnik who once stated that “He created an incredible magic with the body and achieved what fashion should do — produce desire.”

OSSIE CLARK LONDON S/S13 , brings you a range of contemporary designs with deep roots in the Ossie Clark design / brand ethos DNA. Presented to you by British Designer of the Year Awards nominee Nicolas Georgiouwho began working with some of Britain’s most iconic and influential talents – such as John Galliano, and Vivienne Westwood, where he was responsible for the dexterous patterns in the acclaimed Pirate Shirts– before setting up his Sub Couture brand.

Joined by Alison Mansell Limitedand Radley House archives, with the crucial assistance of Al Radley,a dear friend to Ossie Clark throughout the rest of his life, who has worked extra hard even in his retirement to keep the Ossie Clarkheritage alive.

The fashion phalanxes have cooked up a concoction of inspirations from fashion, art , photography and the sounds of the 60’s to create the new Ossie Clark Londonlabel.

This collection also features a limited run of unreleased vintage designs, remastered for 2013, making the creations most desired by the King’s Road elite available to everyone taking Ossie Clark from the catwalk to high-street.

‘Ossie Clark was one of the most influential and talented designers, not just in the UK but worldwide. OSSIE CLARK LONDON looks to the present and beyond, benefitting from modern materials and new printing techniques but still retaining the flavour of Ossie’s original designs,’ – Nicolas Georgiou. 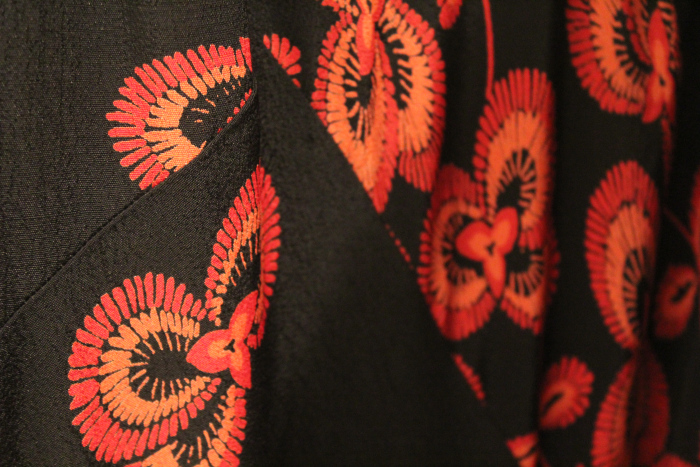 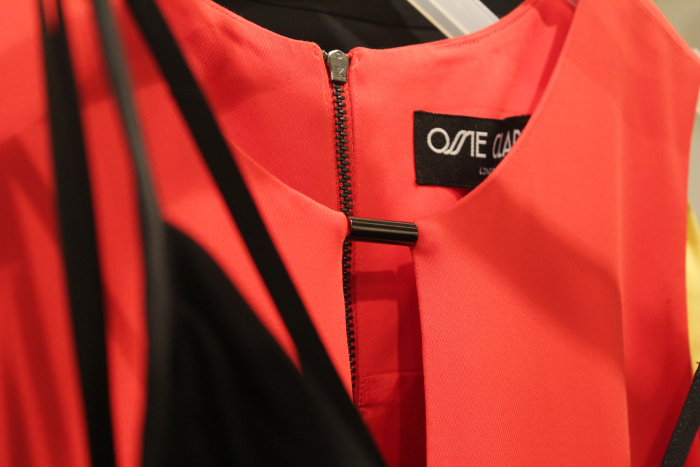 “Renowned for the daring and panache with which he mixed and matched prints and fabrics – but, more importantly, for his intuitive understanding of the female form. The collections were radically different and voluptuously, classically feminine – even when they were for men. Clark pronounced himself a “master cutter. It’s all in my brain and fingers and there’s no-one in the world to touch me”.

Another was theIvy Slinky jersey dress with cross-over straps, this would be a great number for Christmas or Valentines this Feb!

Silks, statement prints, drapery, biased cuts combined with beautifully flattering feminine silhouettes, with the inclusion of day and night pieces ranging from sizes 8- 18, creating an exceptionally classy collection for modern day women of all sizes and from all backgrounds.

Accessible AND affordable, with a touch of Vintage fairy dust, the OSSIE CLARK LONDONis available at 45 Debenhamsconcessions from February 2013.

For more information visit www.ossieclarklondon.co.uk
Like the Facebook page Ossie Clark London
Catch up by the second on Twitter: @ossieclarklondon
The beautiful enchantresses from Lamb to Slaughter PRwith the gracious creative behind the revival collection, Nic Georgiou.

Oh and we do love our goody bags, and these guys packaged the goods accordingly … Yays!

We’ve also been gifted with a discount card, so stay tuned as weddings are nigh this November and Ossie Clark might just be the code of fabulousness that day !