So I treated myself to a solo trip to see the  Alexander McQueen: Savage Beauty exhibition at the V& A.

This was a personal journey for me as McQueen is unashamedly idolised as Knight in the sanctuary of my creative and fashion heart .
Without knowing he guided me through Art college when I had no idea how to turn my Final Major Project into a Fashion Project to prove to my tutors that I was sure, a place was designated for me in some Fashion University somewhere.
He intrigued me, and acknowledged my intellect and social awareness and critique through his collections ,which audaciously questioned the current affairs of our society and our identities. 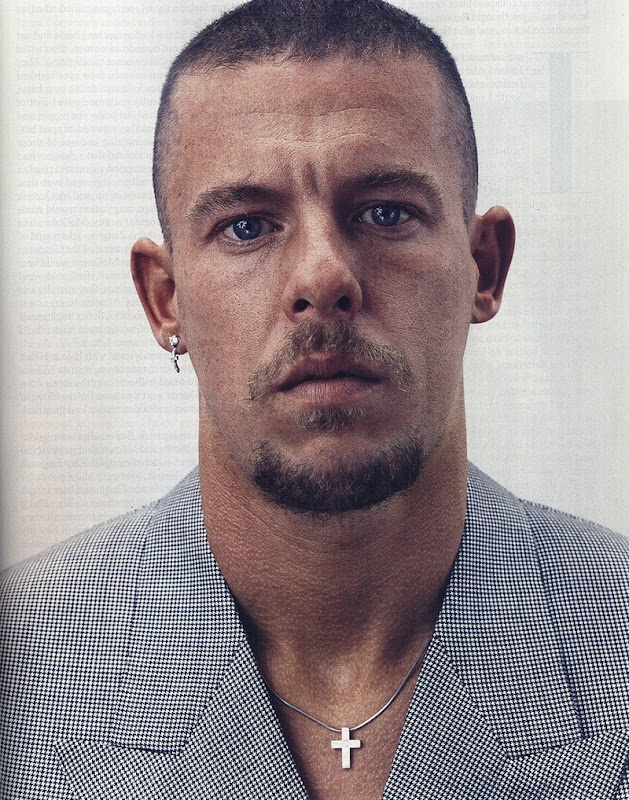 “That’s what I’m here for, to demolish the rules but keep the tradition.” –McQueen.

The showcase was like a real life portfolio of McQueen’s body of work traversing through  his 1992 MA graduate collection to his unfinished A/W 2010 collection.

Alexander McQueen: Savage Beauty, which closed  on 2 August, became the V&A’s “most visited exhibition with 493,043 people seeing it in total during its 21-week run”. 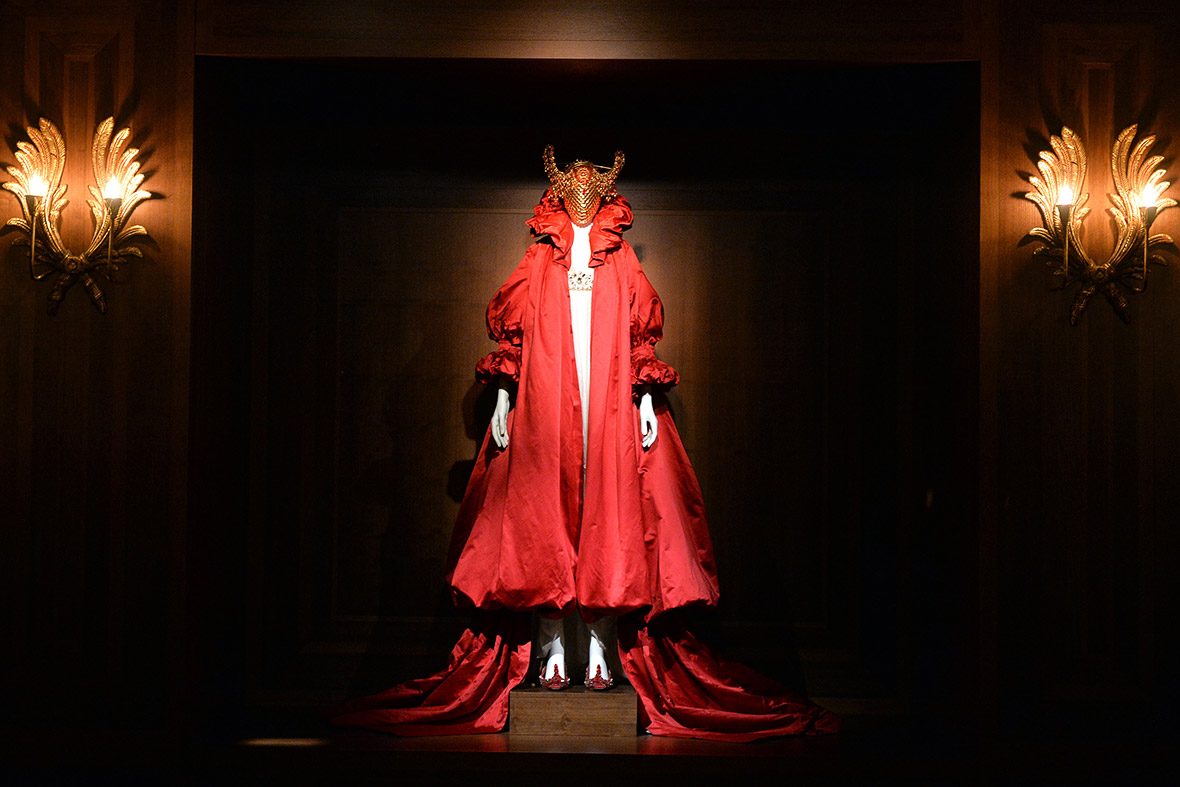 So I was one of the desperate but lucky ones who copped a ticket at the last minute when the show was running 24/7. The slot I chose was at 11:45pm at night, the perfect setting for a dreamlike life changing experience.

“Welcome to the twilight zone” , the ticket attendant winked at me.

Taking a left into the extremely air conditioned foyer, I was met by a chilling hologram of McQueen on the wall in front…  I’d never met him and as corny as it sounds I was really trying to channel his spirit, I cried the day we found out he’d died, 2nd year of uni we sat in my friends room working on our projects, listening to the radio announce it…
And I had future plans set out to work as an apprentice under his guidance or meet him any which way I could!
They died too. 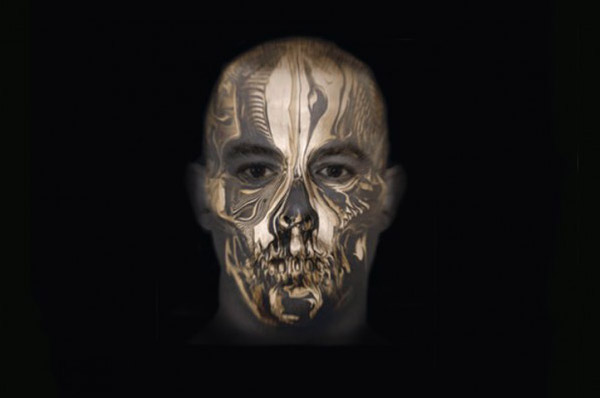 I travelled incapsulated by awe amongst strangers, through the labyrinth of his collections displayed alongside quotes  in relation to each stage of his tailoring and artistic journey. 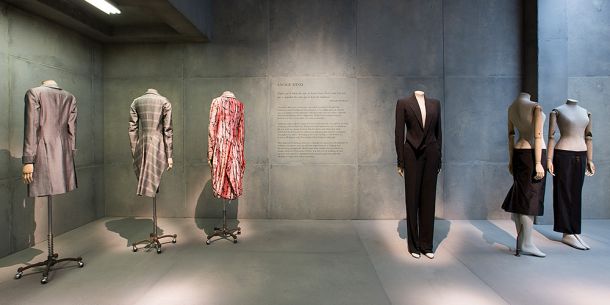 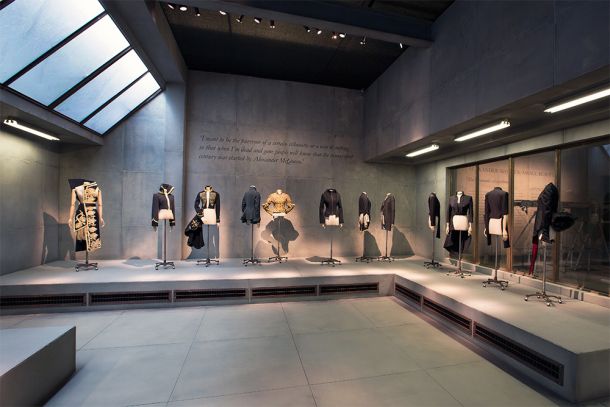 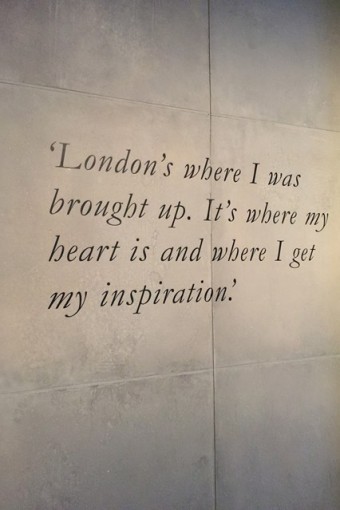 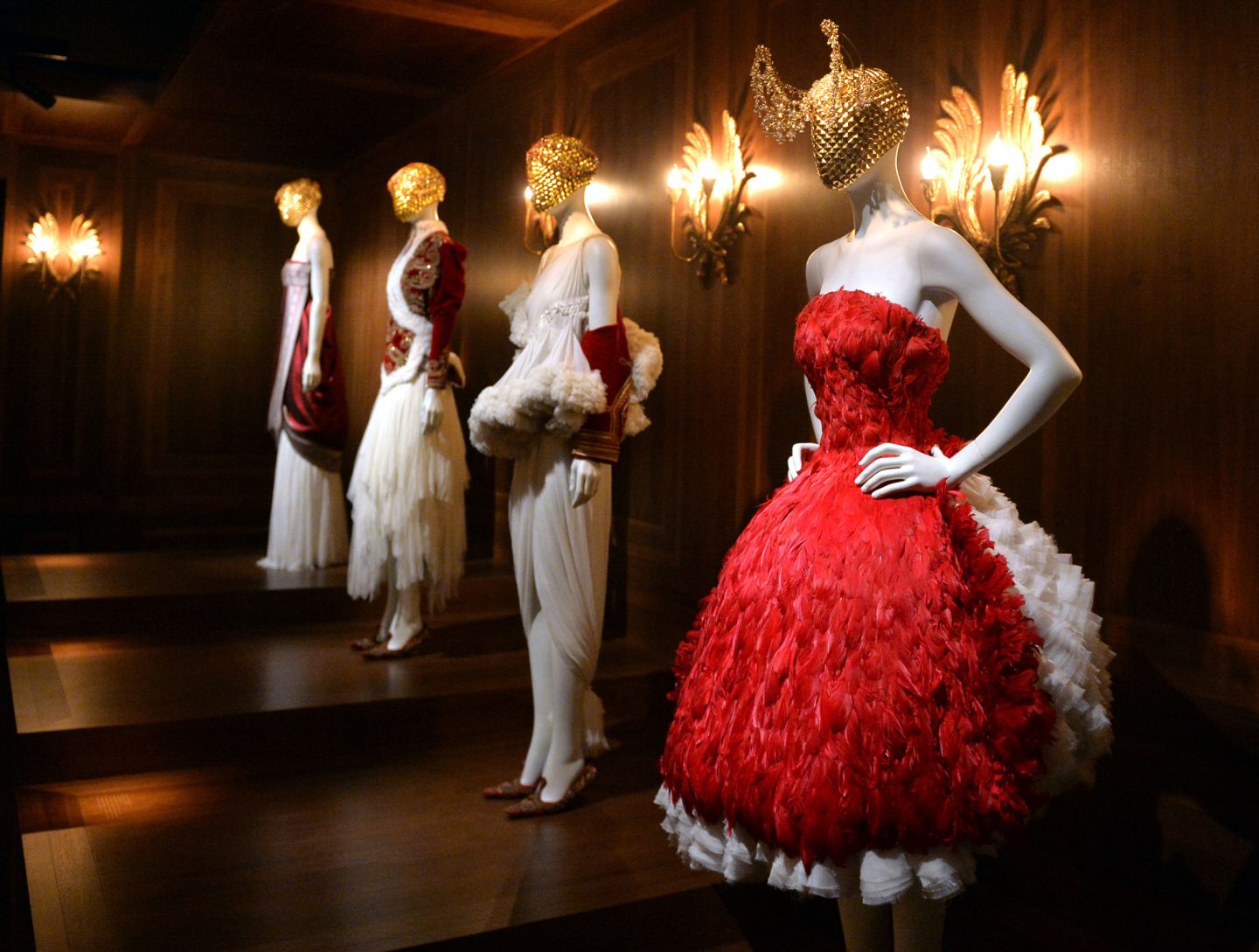 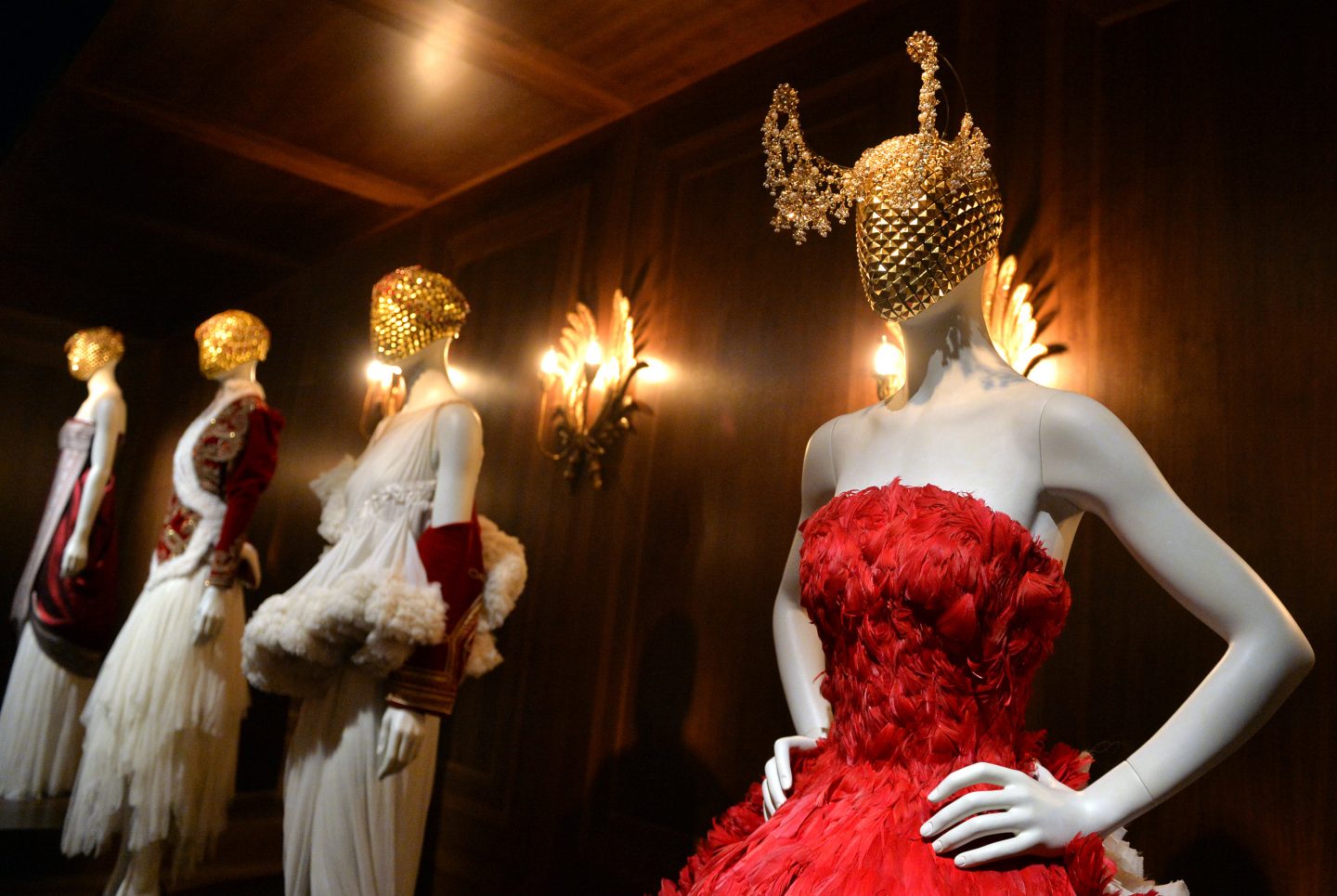 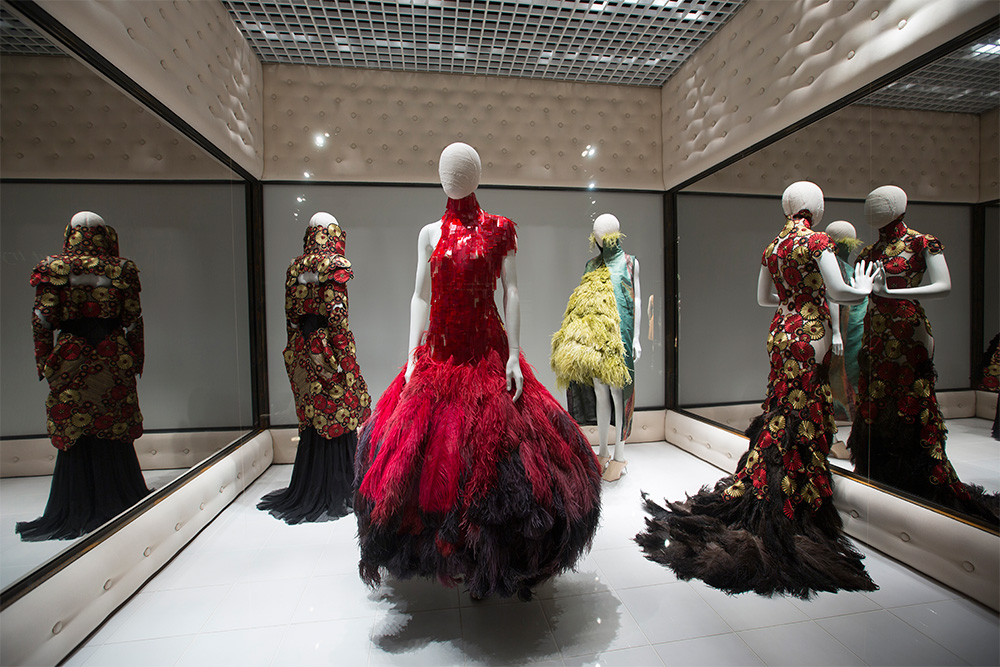 My favourite part of the entire show was The Cabinet of Curiosities… this was the room I held back tears in, walked around slowly for 20 minutes studying each piece, then sat for about 30 minutes more disturbed by the presence of genius there, lost, but not forgotten.
His voice echoing through the sound system coupled by classical strings and tripled by sexual moans. 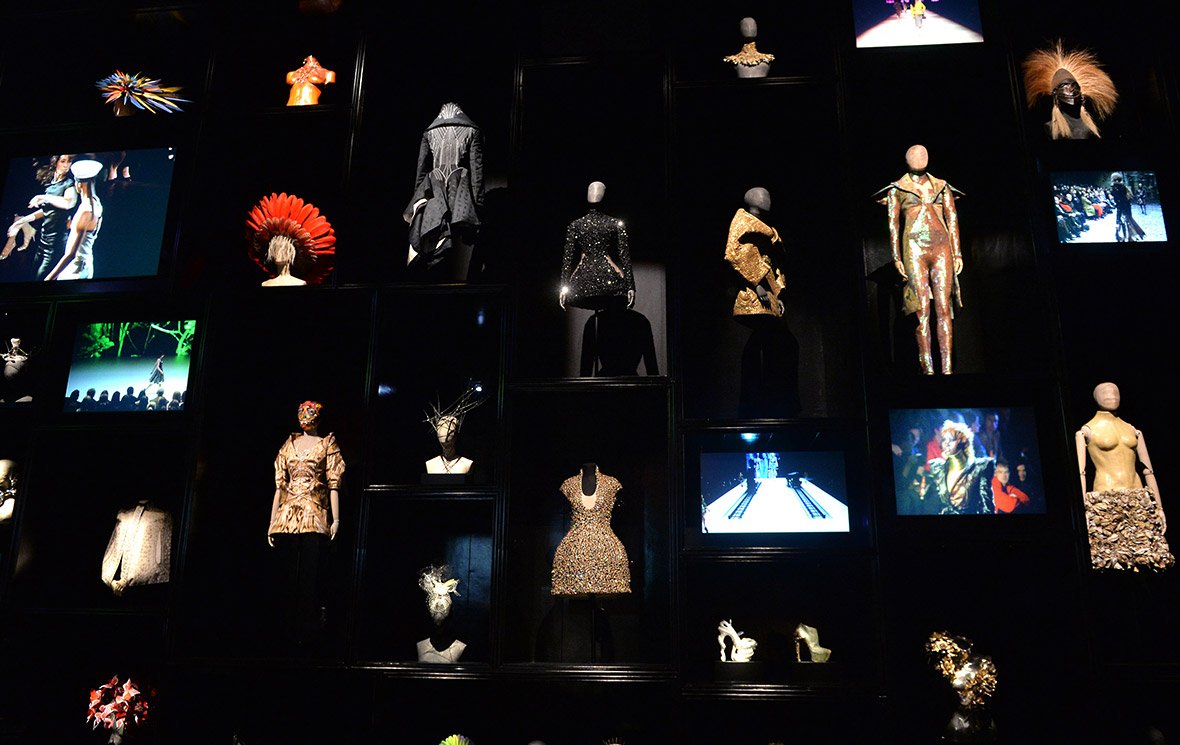 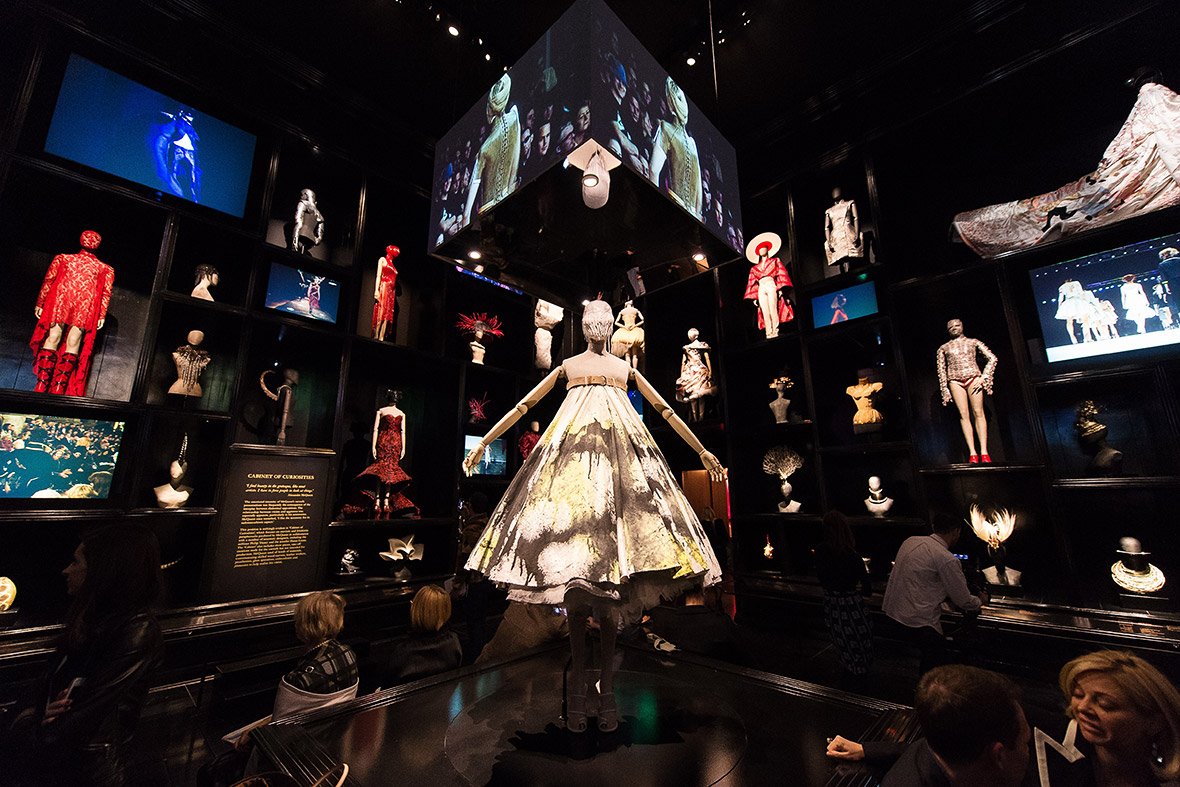 In the center of the room stood the famous spray-painted dress worn by Shalom Harlow in the finale of the spring/summer 1999 collection.

After struggling to move forward I found my self in a room full of mirrored units with rotating mannequins from the Romantic Exoticism  collection which included this Japanese kimono-inspired embroidered piece in which I was particularly drawn to the intricacy in its craftsmanship. 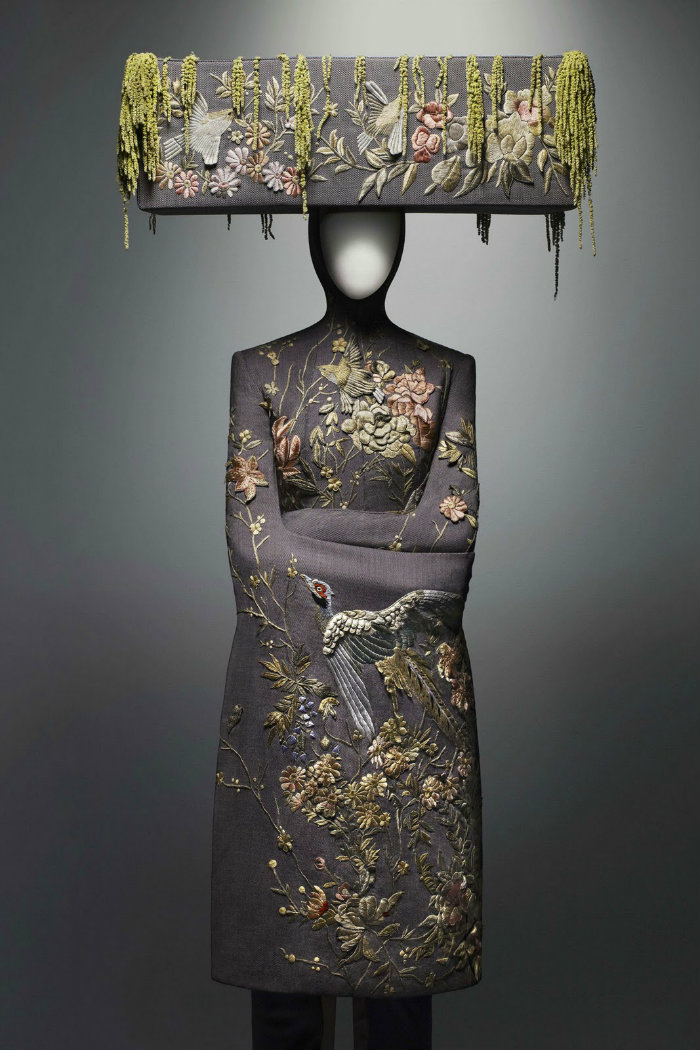 Straight ahead was a box containing pieces from the RTW spring/summer 2001 Voss show , and in similar fashion the lights were turned from clear to opaque and back again… 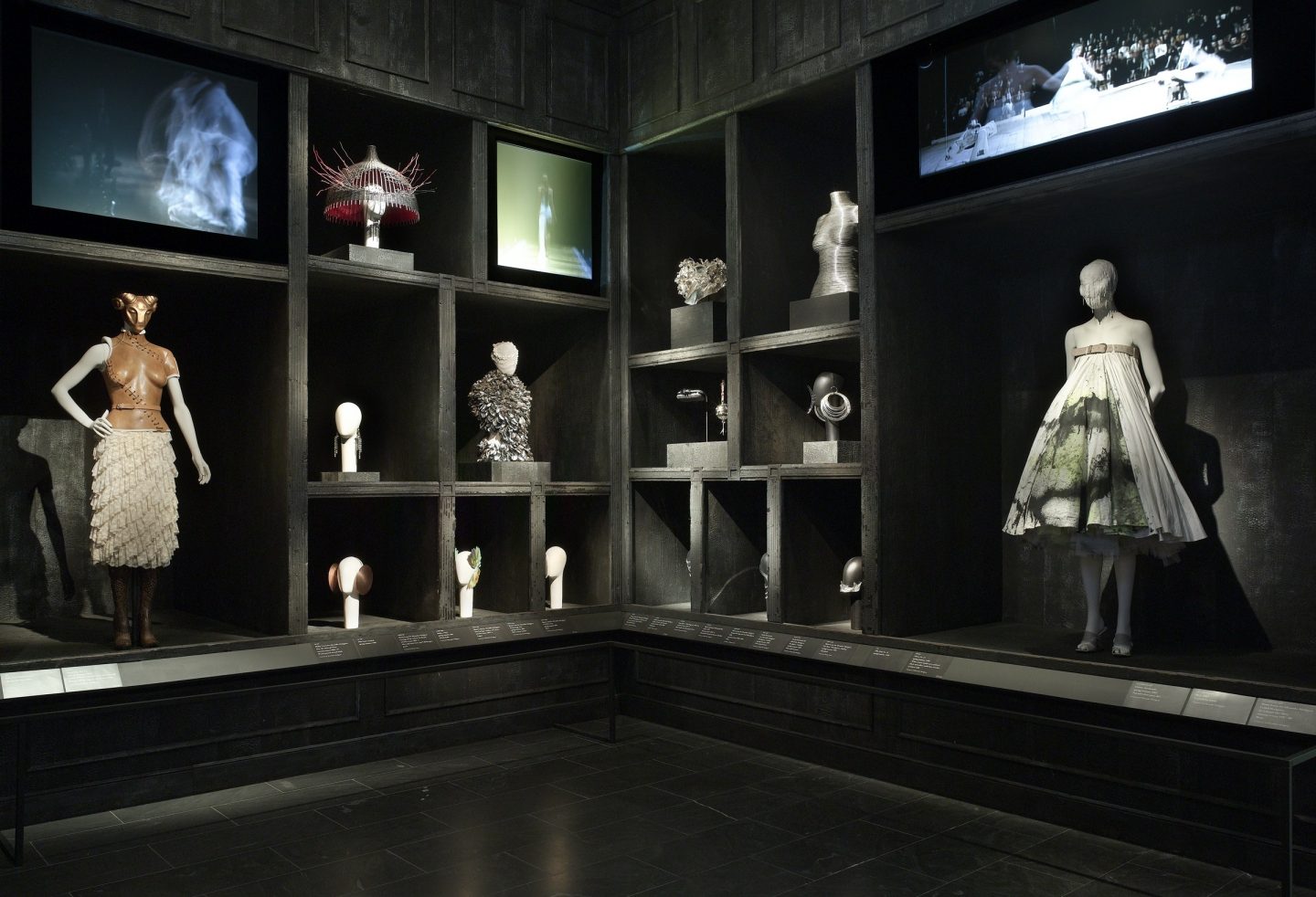 The final part of the exhibit displayed mannequins wearing and fronting a projection from  Plato’s Atlantis; the final show MQueen would complete and appear at before his death. 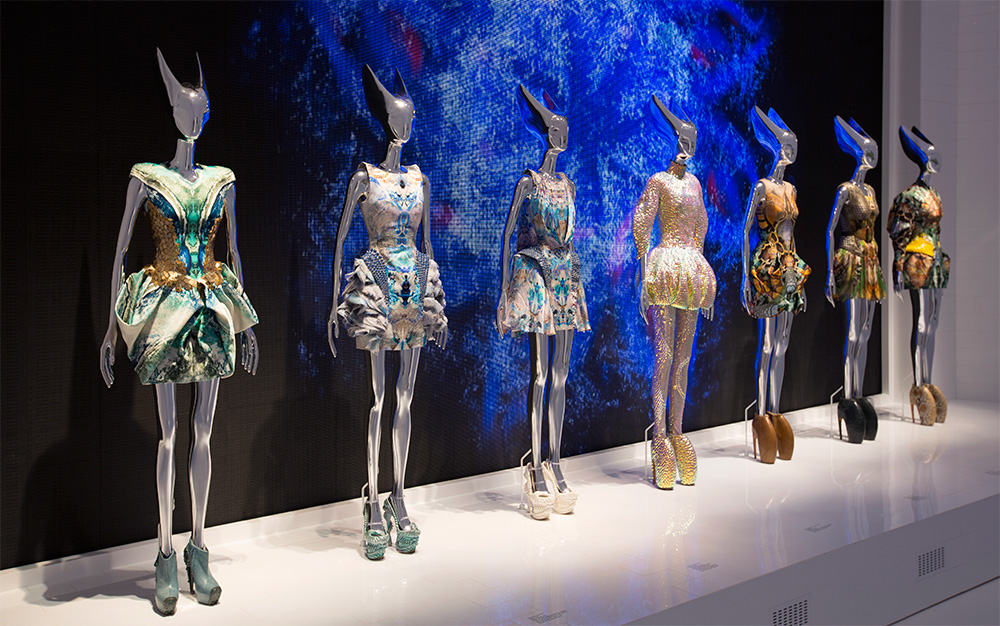 A hauntingly theatrical, yet satisfyingly magical display of wonder.