At first when I saw the trailer I was confused, my eyes demanded for a logical response to the reaction my heart was giving…
This is gonna be sick! I thought as I literally laughed out loud at Emma Stone falling out of the stagecoach face first. Who’s directing this? then his name shot across the screen ‘Yorgos Lanthimos‘ and I almost fainted … my guy!
One of my few favourites, the man behind Dogtooth, Killing of a Sacred Dear, Lobster, Attenburg; films I actually watch on repeat. I was confused though, again, the questions went to and fro internally, ‘Who gave him control over this British narrative? That’s not the usual way of ‘things’. How the hell is this going to translate.?’ internalised voice of the gatekeepers of cultures…

This is new, this is exciting and this is the kind of curiosity I live for. Needless to say, he did the thing.
From the costumes to the script and casting, and the wide angle shots and cinematographic points of view that remind the common man of the grand opulence and drama that mask the apparent emptiness of period life and architectural interiors; almost making a mockery of the former using light hearted dark humour.
I was itching with laughter !! This wasn’t as quintessentially British as it could’ve been and to be honest I’m sure a lot of us are dead bored of that stiff upper lip pseudo high class narrative we often get from period dramas, it’s antique and dusty and hard to stomach after a while.

So this was a great way to shake things up, mustn’t take oneself so seriously… History, herstory, the truth can be translated through a multitude of lenses, and this one was dark humoured, cynical and theatrical.
Side bar, Rachel Weiz brings ultimate Andro-Femme vibes, I’m here for her alone, kinda… well Olivia Coleman; I can trust her to play the eccentric deranged middle aged woman – I can almost relate (!) The trio casted for the main roles tripled awesomely, I need more awkward scenes and peculiar characters in film as regularly as possible please. 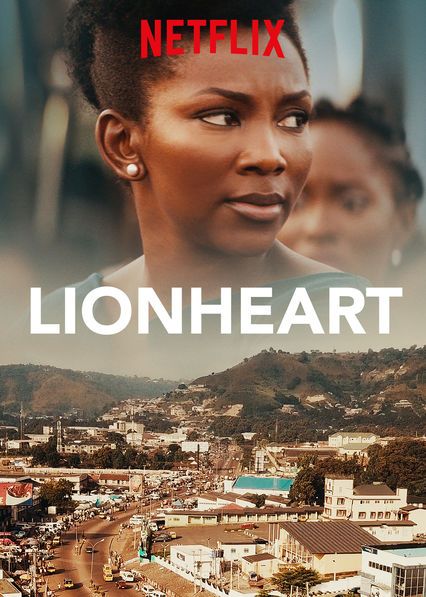 She’s done it again! Nolly on Netflix, a family friendly film with gorgeous cultural references, sprinkled with fluent Igbo with subtitles, clean and colourful cinematography & my fav Igbo actors in a family unit!

So good! Tell a friend to tell a friend “LIONHEART” a NETFLIX original film by Genevieve Nnaji. 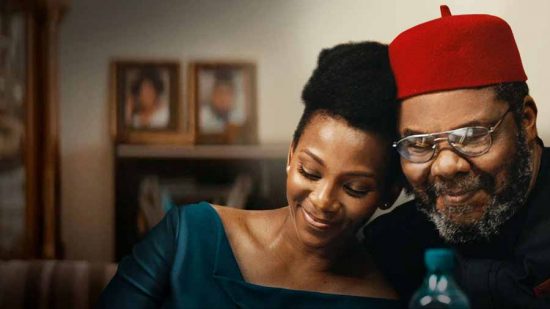 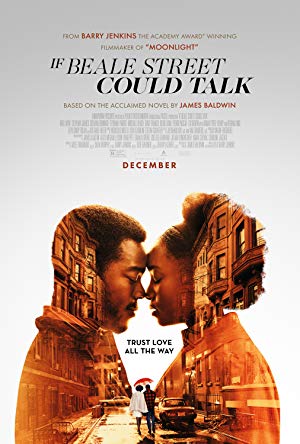 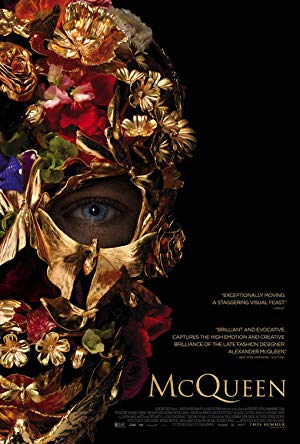 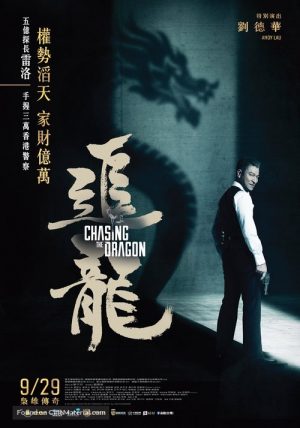 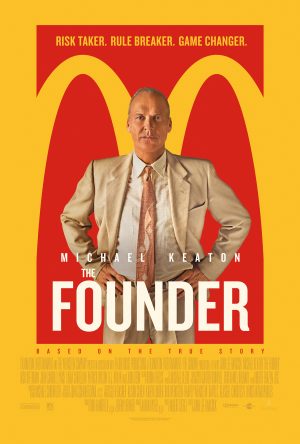 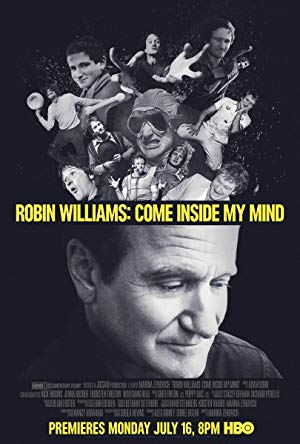 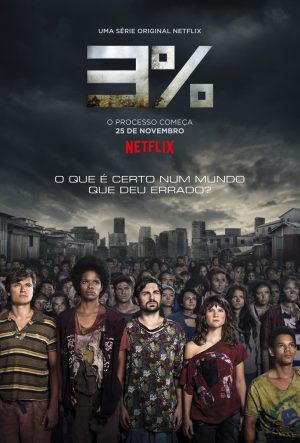 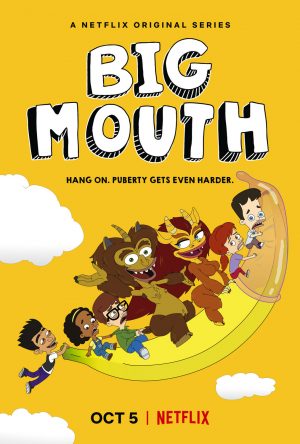 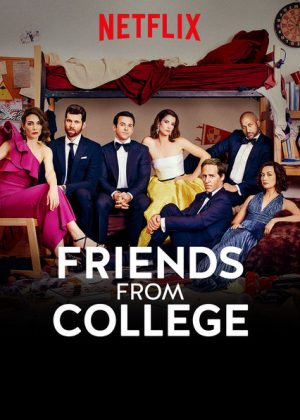 If Beale Street could Talk:

Every now and then I need a solid Black / African American romance film and book adaptation, for relativity sake and historical nuance… So when Barry Jenkins and James Baldwin are intertwined there isn’t an inch of doubt that an experience of quality, validation and accurate representation will occur, and so I cried for the following reasons. Class, race, religion and sexist clashes happen all at once, the pangs of modern day intersectionalities.

More tears, because McQueen was and still is my hero. I remember the day he passed, recalling the radio make a sudden report, final year of uni sitting on my classmates bedroom floor working on our fashion assignments. I cried and yelled Noooo, in my mind he would have trained me, I would’ve applied for an internship to work under his mentorship. Dreams…
He was a role model in so many ways, a genius who brought Art back into Fashion and executed effectively every season. He was controversial and I believe for the right reasons, he provoked a reactive consciousness in us and often tried to warn us of the perils of life. This one was for the books, a cautionary tale, but then again the idea of being driven to madness and celebrated for being on the brink… a cautionary tale indeed.

Every so often the conversion of the devastations and effects of colonisation are brought to the table, often times reluctantly and more often swept away begrudgingly by those who may not have suffered from the former directly. So it’s always great to see creative expressions of this narrative from the perspective of the oppressed rather than the rose coloured point of view of the oppressor.
If you just cannot get enough of the dreamy duo Andy Lau ( House of Flying Daggers ) and Donnie Yen (IP Man), and can appreciate Ken Chung’s quintessential badass chubby sidekick role then watch this. The banter in the script is too much, the early 60’s tailoring and classically intense and very graphic fight scenes, too much! Glossy, gritty, and dipped in sepia. The year is 1963 and this is murky British-ruled Hong Kong through a Chinese lens…

Ruthless entrepreneurship! It’s hard to hate him, a biographic film where the supposed villain is the hero! Sore loosers bite the dust with this one, and because we are fond of McDonalds and have invited the global fast food franchise into our homes, our lives, and have grown up bonding over Happy Meals and Quarter Pounders. It’s a hard attempt, stomaching this side of the truth as reality.
Ha! Much like a McDonalds meal to be honest, desirable, tasty, but disappointed after every meal… Never quite fully fed. I had shock factor and then I was triggered and the only thing I could think to do was order a meal via UberEats… Hmm great ideas, classic branding, master advertising… and that is the story of The Founder…

Robin William- Come Inside My Head:

Another tragic recall; we are taken on an intimate look into the life and work of the revered master comedian and actor, Robin Williams. It shocks me how every time we experience a suicide that effects us on a global scale, we always seem to tell the story in the same way. They were special, they had a lot of ideas, they were peculiar, they were extremely talented, they were people pleasers, they were exploited, they were neglected, they never quite got a return on the love they gave to the world through their gifts.
As much as I can appreciate this docu, I’m irritated by the lack of awareness and strategic support for those suffering from mental illnesses and suicidal ideations, we always see the signs we just don’t seem to have the tools to support affectively… but have the tools readily available for a successful posthumous documentary … Eeek world.

Oh my lord! I gagged for Season 2 last year and finally got around to watching it last month on NETFLIX. This is sick! A very modern Brazilian dystopian thriller web television series that delves into the intricate layers of the moral fabric of globalised societies. What we aim for, what we will do to get closer to our goals in the name of community, only to find that our individual goals are the driving force behind our actions. How our egos convince us we can save the masses, that we have the key to freedom and autonomy, but once put through a system of trials, tests, and hurdles we find that when we have suffered for our goals, we feel existential and most often than not we are alone, afraid , confused, angry and malignantly optimistic. This one is a brutal reflection of socialist and capitalist utopian clashes…

Ingenious! Can I leave it at that!? An American adult animated sitcom geared toward adults, please do not be confused about this, this is for adults! This is hilarious and it touches on so many awkward things we were just not schooled on as children, especially sexuality, puberty and romantic and platonic relationships. That is all! Just watch it , discussing it casually does no justice what so ever! Jordan Peele, Maya Rudolph, John Mulaney, and Nick Kroll plus more on the voices. And, lastly, what G chose the theme tune for this one? Perfect?!

This is jokes! The characters are a real life mess!! I’m here for the reality check, conflicting romantic relationships, platonic bonds stuck in nostalgic conundrums, future uncertainty, infidelity, underachievers, Type A workaholics the lot! Love it! Though after getting to the end of Season 2 in stitches, I realised just like Friends, there are no black female characters, and I found that I had been conditioned to enjoy these kind of social friend group narratives that do not have any visual representations of me. I felt disappointed though, not sure if it’s because I had enjoyed it so much and related so much and then realised I wasn’t included… But yeah, honestly, great to see more of Keegan-Michael Key, again, I’ve missed him since Peele has been doing more film work and less Comedy Central duos. 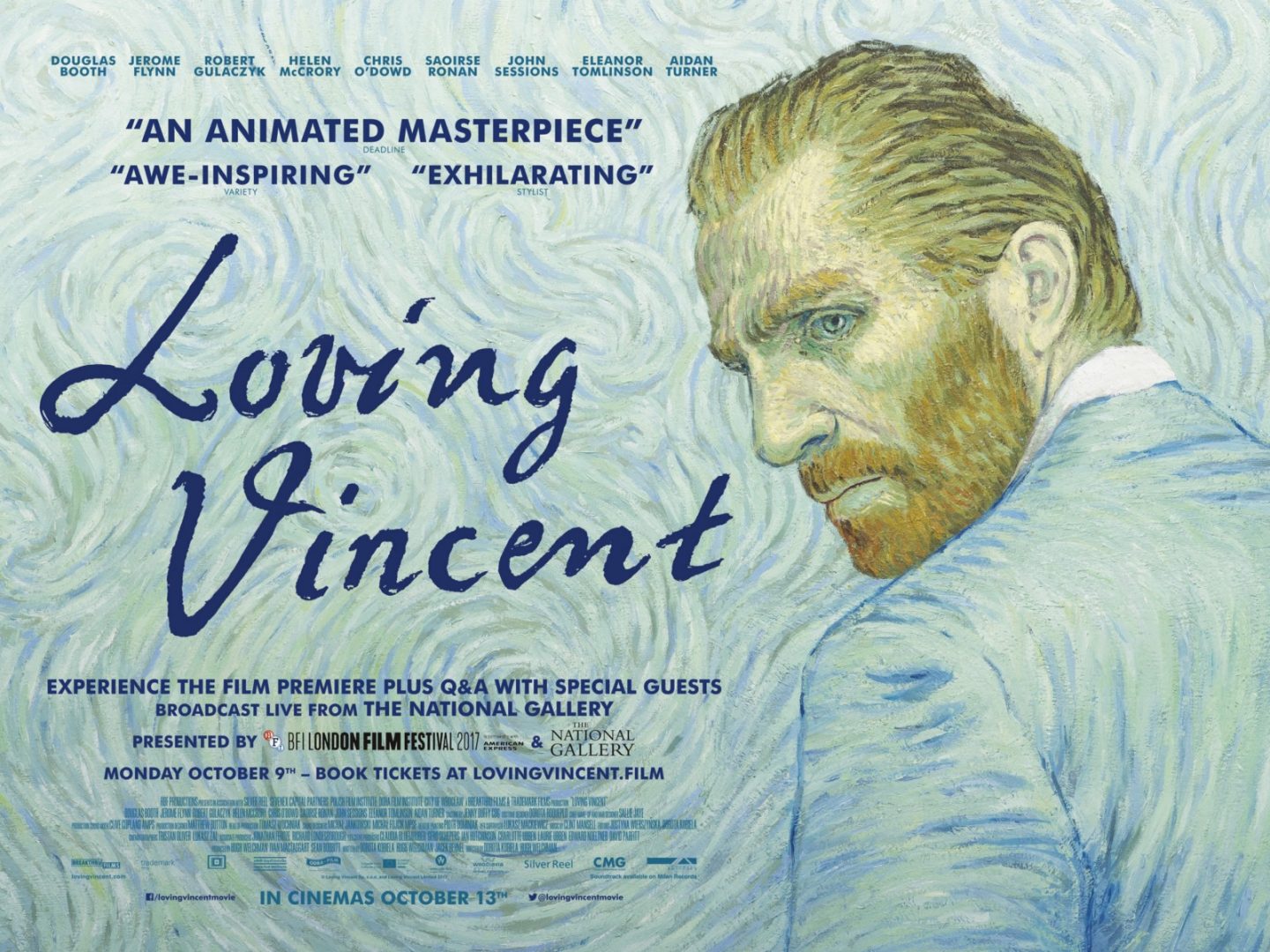 “I feel that there is nothing more truly artistic than to love people.” Van Gogh, The Dutch Post-Impressionist painter who created around 2,100 artworks over a decade but was not widely appreciated during his lifetime. He became famous posthumously, with only one of his paintings sold during his lifetime… this really confuses me and makes me feel deeply saddened.

Most of us remember having to paint the Sunflowers during Art classes in former years, looking away in fear of the deeply intense eyes peering back in Gogh’s 1889 self-portrait.
I recall as a child being taught about the gory tale of Vincent slicing off his own ear, and feeling too triggered to let it sink in. What the actual hell?
I love this attempt to retell the story leading up to his death, covering his trouble life with mental illness, it was very well written, even though the accents were English and Scottish… pas de Français? Anyway the real question is, was he murdered or did he kill himself? What was clear though was his social isolation and rejection due to his mental health.
The animation helps one to truly appreciate the Fine Art of his oil paintings though after a while it gets a bit difficult to watch like staring at a painting for hours, not the neurotypical thing to do right? White noise, static screens and phosphenes, but regardless it was a great narrative. 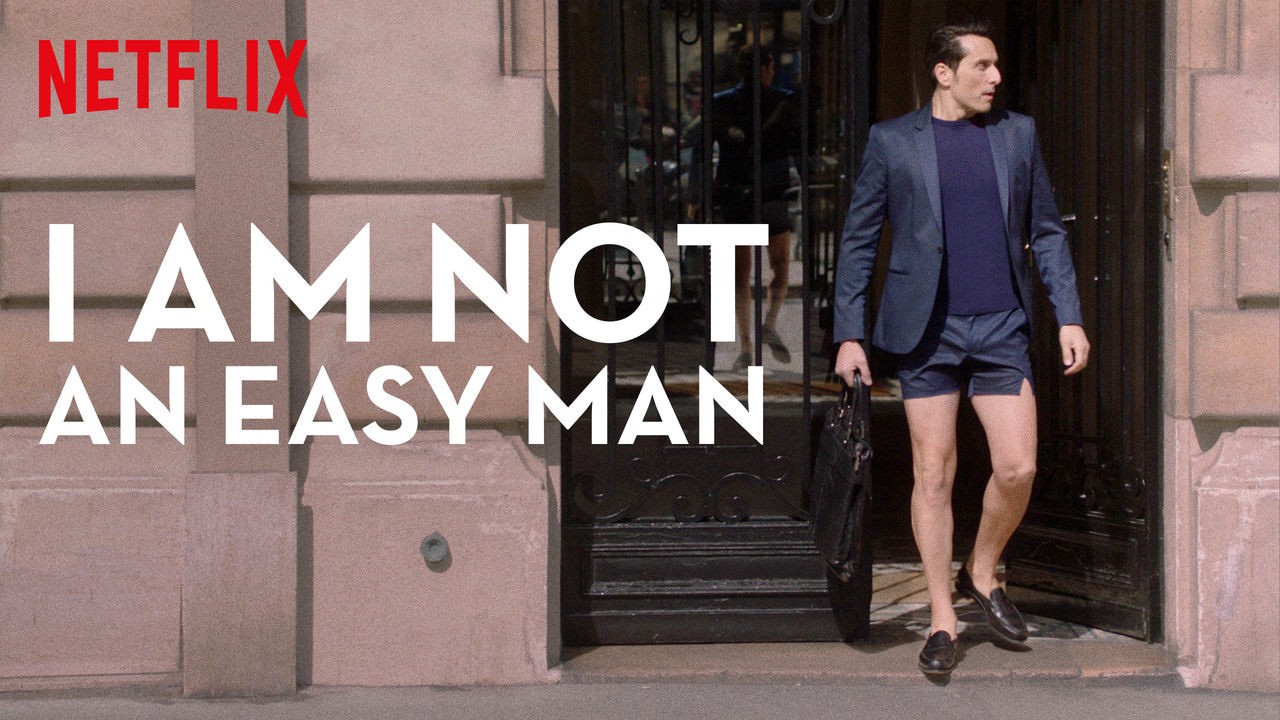 I am Not an Easy Man:

I cannot cope with how relatable this film was/is?! Wow, first I was really able to relate to both sides, the shameless chauvinist who gets a taste of his own medicine when he wakes up in a world dominated by women, and the powerful female author who he ends up almost-kind-of-I-think, falling in love with? It was a tricky one, I’ve been a Female Chauvinist Pig in the past, unaware that I was performing as an Androcentric female bodied woman. I had internalized a lot of toxic masculinity and patriarchic doctrine, as you do when that is the narrative of the society you are growing up in.

It took a lot of unlearning and decolonizing to figure this out, and in fact beginning life as I recall, internally as a gender fluid (and now gender non conforming) female bodied adolescent. I could not understand what the nonsense was about and why the boys were freaked out with my willingness to participate in so called boy sports and boy jobs and boy activities, and why the girls were freaked out by me, never included me in their discussions and often times assigned me to play more masculine roles in our social performances. This is what led to my gender dysphoria, and that is a topic that I will leave for that Book…

The ‘boyish’ body, smaller breasts, androgynous aesthetic wasn’t an issue for me and my masculinity perfectly balanced my femininity, but I was being told on every occasion to change, to adapt and to refigure, just like the guy in this film when he wakes up in a world opposite to what he knew. This was a great power play and was definitely not overdone, or cringy or corny or cheesy it was perfect. I really respect this one. It’s a must watch for sure! I’m going to re watch anyway for study purposes… 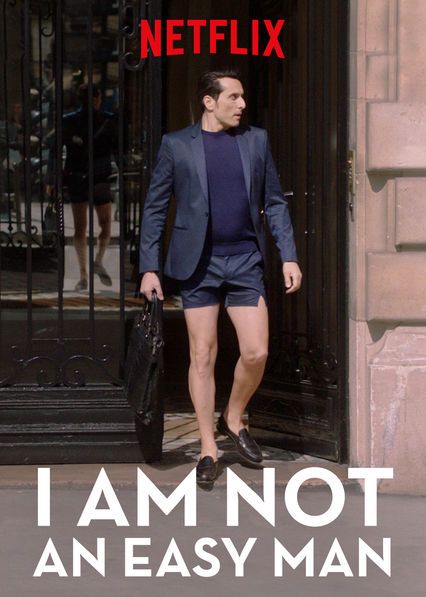