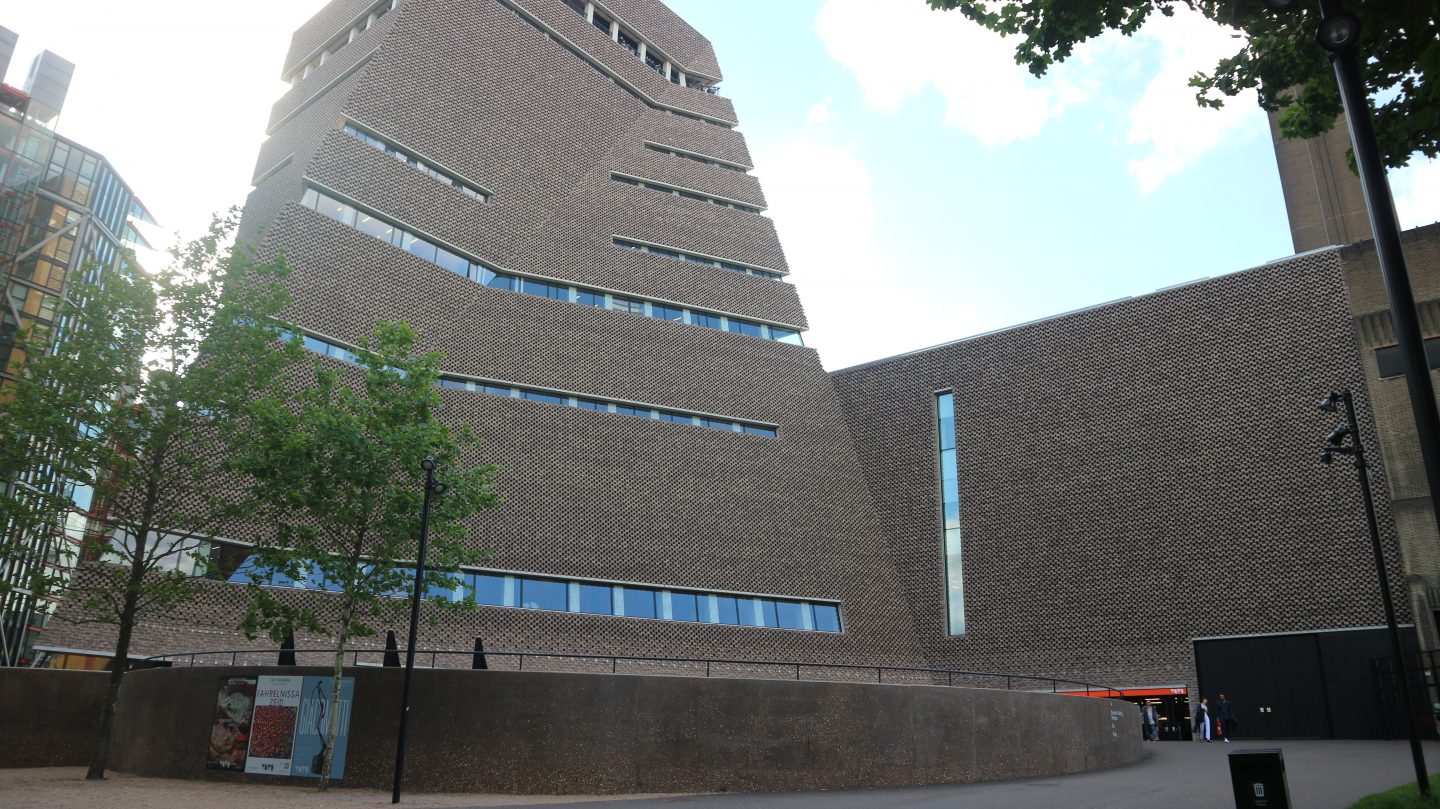 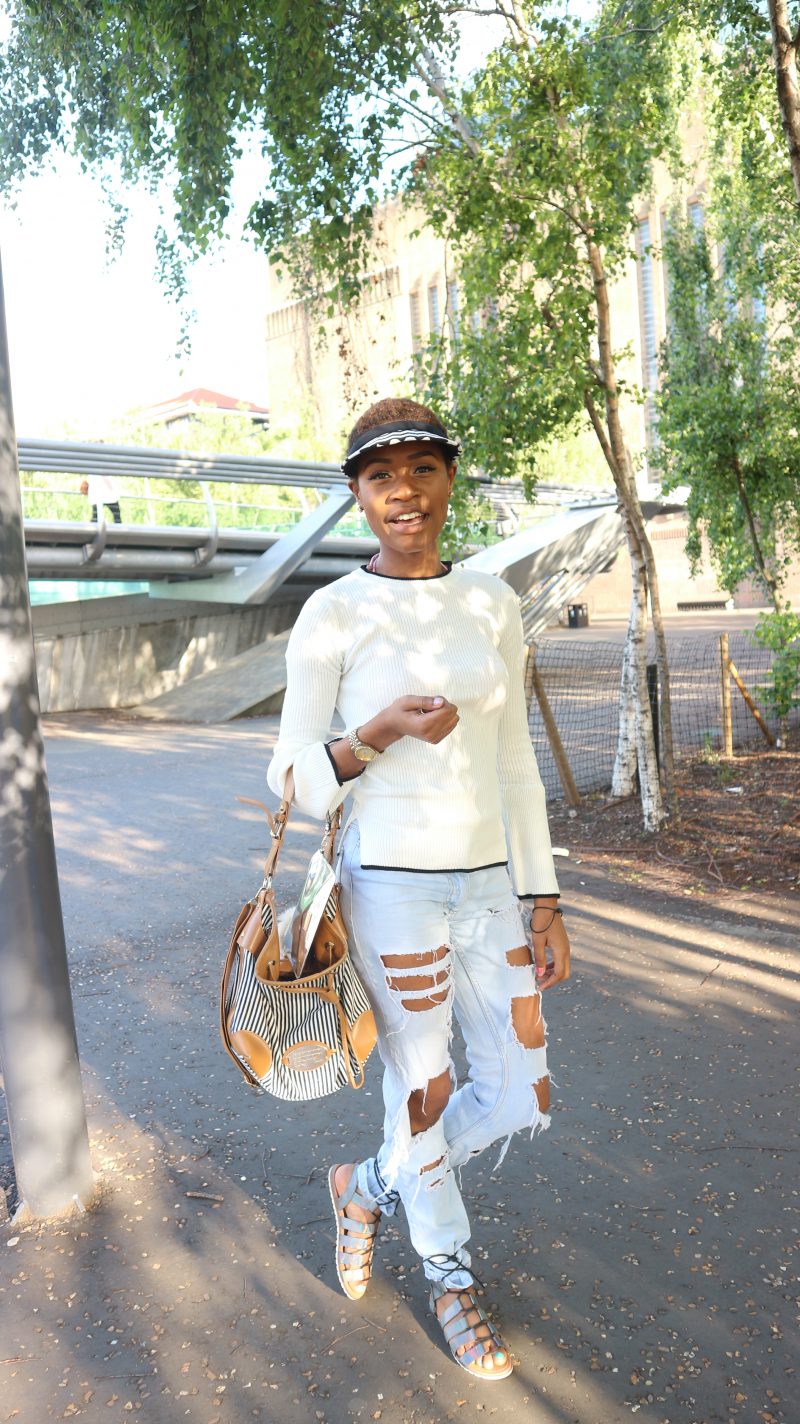 Blavatnik Building , because neither of us had experienced this new extension in person…

THE TANKS 8 FREE COLLECTION DISPLAYS:
(centred around the theme of human voice. )
••• 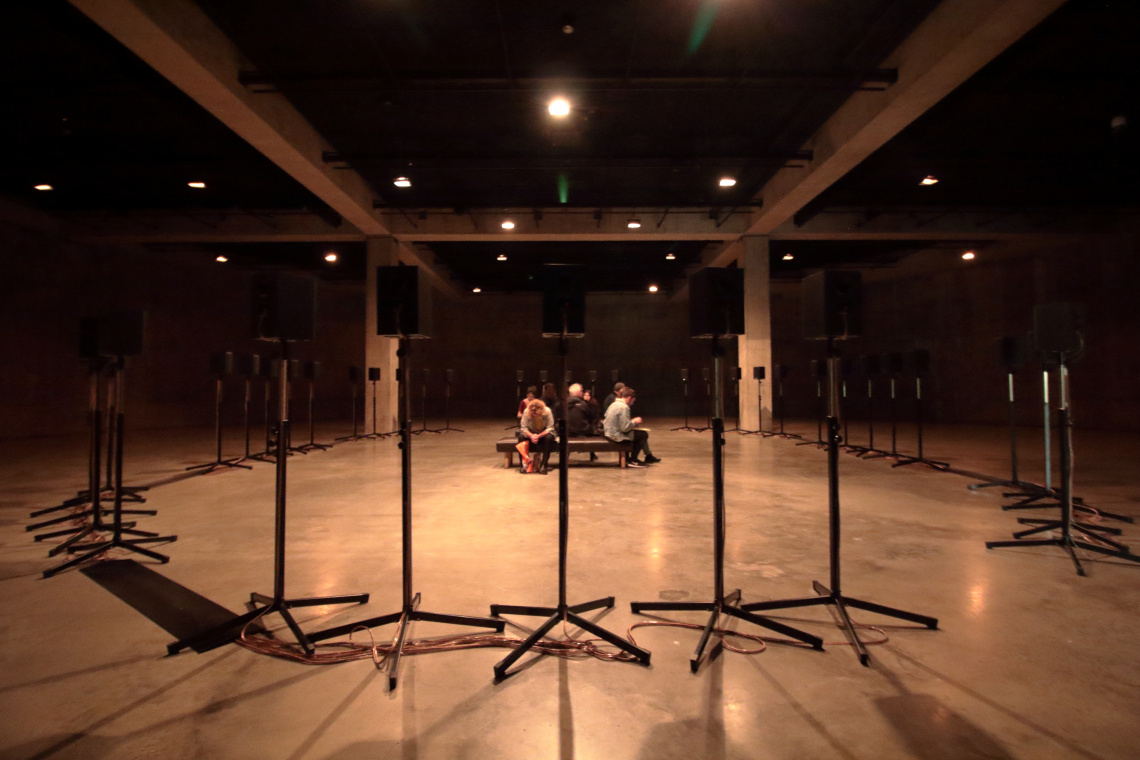 I grew up in church as a daughter of a Rev and a trained Catholic Choirmaster, so the latin harmonies pulled me in immediately, I was at home. I took a seat straight away and it felt like I was at one with my soul, like a session of deep meditation with my Creator, and my Father – syncing spirits.

It was angelic, definitely a spiritual, peaceful and cleansing experience for me. It gave a me a deeper appreciation for all the things my dad taught me about music and performance, more specifically, order, harmony, synchronicity, power, balance, and love.

Janet Cardiffworked with the Salisbury Cathedral Choir to record 40 individual singers, playing each voice through its own corresponding speaker. The speakers are carefully positioned in eight different groups of five, responding to the structure of Tallis’s complex vocal piece, or motet. Each group forms a choir of five singers with different vocal ranges: a bass, baritone, tenor, alto and soprano. The eight choirs produce harmonies which blend into a polyphonic landscape of sound.

Sung in Latin, the first line‘Spem in alium nunquam habui …’ translates as ‘I have never put my hope in any other but in you, O God of Israel’. ”

Otobong Nkanga • Wetin You Go Do? 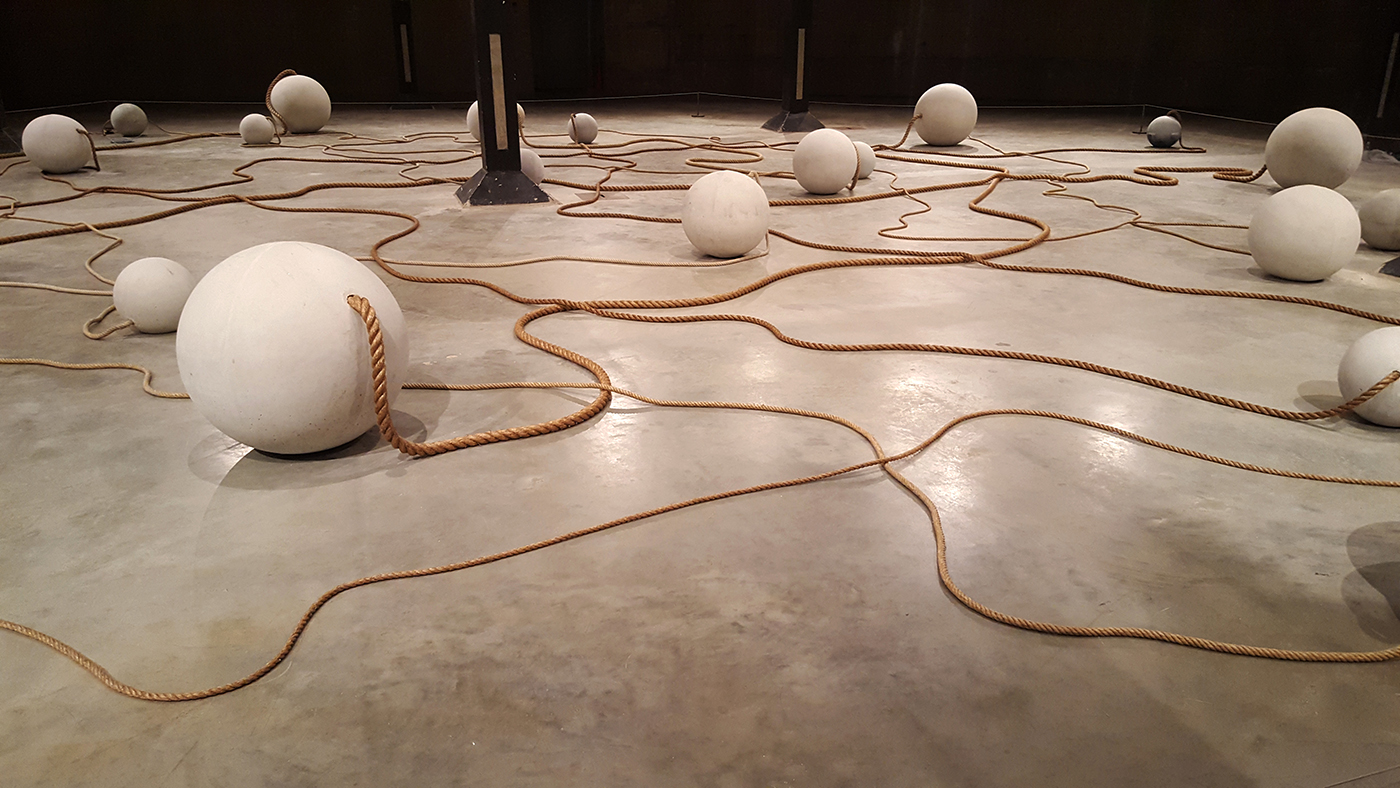 An airy open space weighed down by what felt like balls of oppression.
I had to take a step back while entering the room, it was all too close to home, holding back light tears I peered in, clinging to a concrete pillar for solace.  The West African accents, the pidgin English, the sorrow, the pain, the weight of oppression and the light of hope and optimism.
At first I thought it was an installation about the voices of the dead souls who were thrown overboard or drowned and lost their lives in the Atlantic Slave, trade then I listened a little closer. It was like conversations between aunties and mothers and sisters in homes; familial anxieties…

“In Wetin You Go Do? 2015 Nigerian artist Otobong Nkanga integrates voice and sculpture to reflect on contemporary anxieties.

The installation consists of concrete spheres connected to each other with heavy ropes. These soundtracks are part narrative and part song, and shift between stream of consciousness and profound statements in English, French and Nigerian Pidgin, an English-based Creole language widely spoken across Nigeria. In a dialogue improvised by the artist, the characters reflect on life’s difficulties, asking ‘Wetin you go do?’, a colloquial term in Nigerian Pidgin meaning ‘What are you going to do?’ “

It was like walking into a bottom less cauldron of trans generational misunderstanding and cyclical hauntings.

This was a 5 minute, in colour three screen installation with headphones, featuring a conversation between her mother and herself in France, her daughter and herself in England and her Grandmother and Granddaughter in Algeria.
It sent a suffocating sensation through me, an acute understanding of what it feels like to be lost in translation with the ones you love most – being a 1st generation British Igbo child to Igbo Nigerian parents.

The cultural differences and the infinite attempts to come to compromise and understanding; learning that no one is ‘to blame’and we are in fact in this journey together.

We sat through a 45min three screen film installation of an astounding, chilling visual interpretation of intersectionality in identity. From stark scenes of poverty, privilege and race and class prejudice from a mixed raced trans atlantic perspective, to self discovery in modernism and multicultural cities …

“The Unfinished Conversation 2012,  explores the multi-layered and evolving subject of cultural identity. British artist, filmmaker and writer John Akomfrahinvestigates how identity can be seen as a product of history and memory rather than something fixed. The installation is based on the personal archive of the influential and acclaimed cultural theorist Stuart Hall (1932–2014), who described identity and ethnicity as being the subject of an ‘ever-unfinished conversation’.

Akomfrah uses a wide range of material alongside archival footage of Hall, interweaving his biography with historical events, readings and music.”

ENJOY the Vlog below 🙂 xO