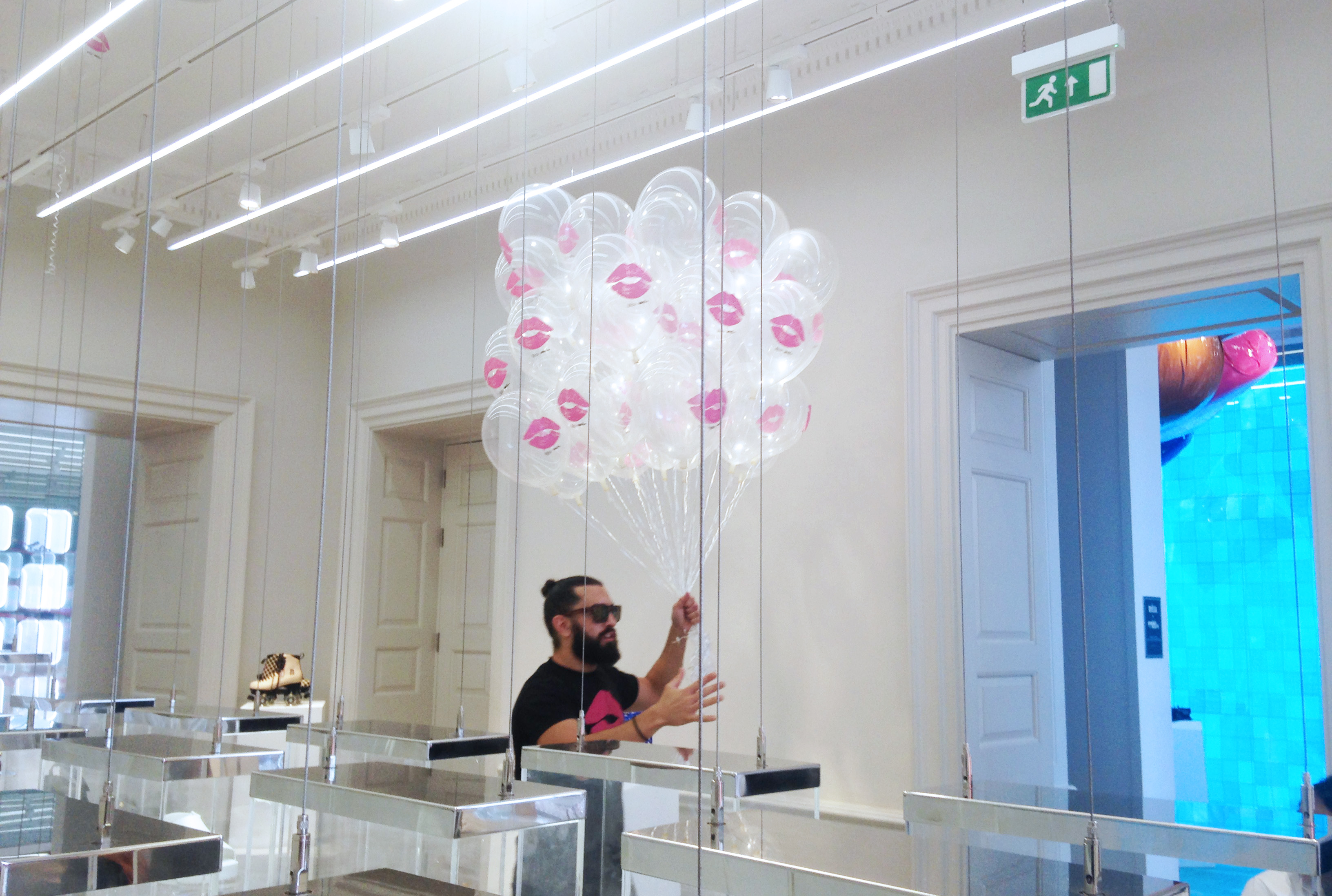 Melted sugar, candy, the smell of bubblegum filled the air, it was a familiar smell, mixed memories, childhood, fun, excitement; the plasticity of adolescence in a fragrance.

A crowd grouped around them in what seemed like an uber cool warehouse party. All eyes were on them, widescreen, then the camera panned down to their feet, or maybe that was just my eyes zooming in on the details of a very well styled video shoot? 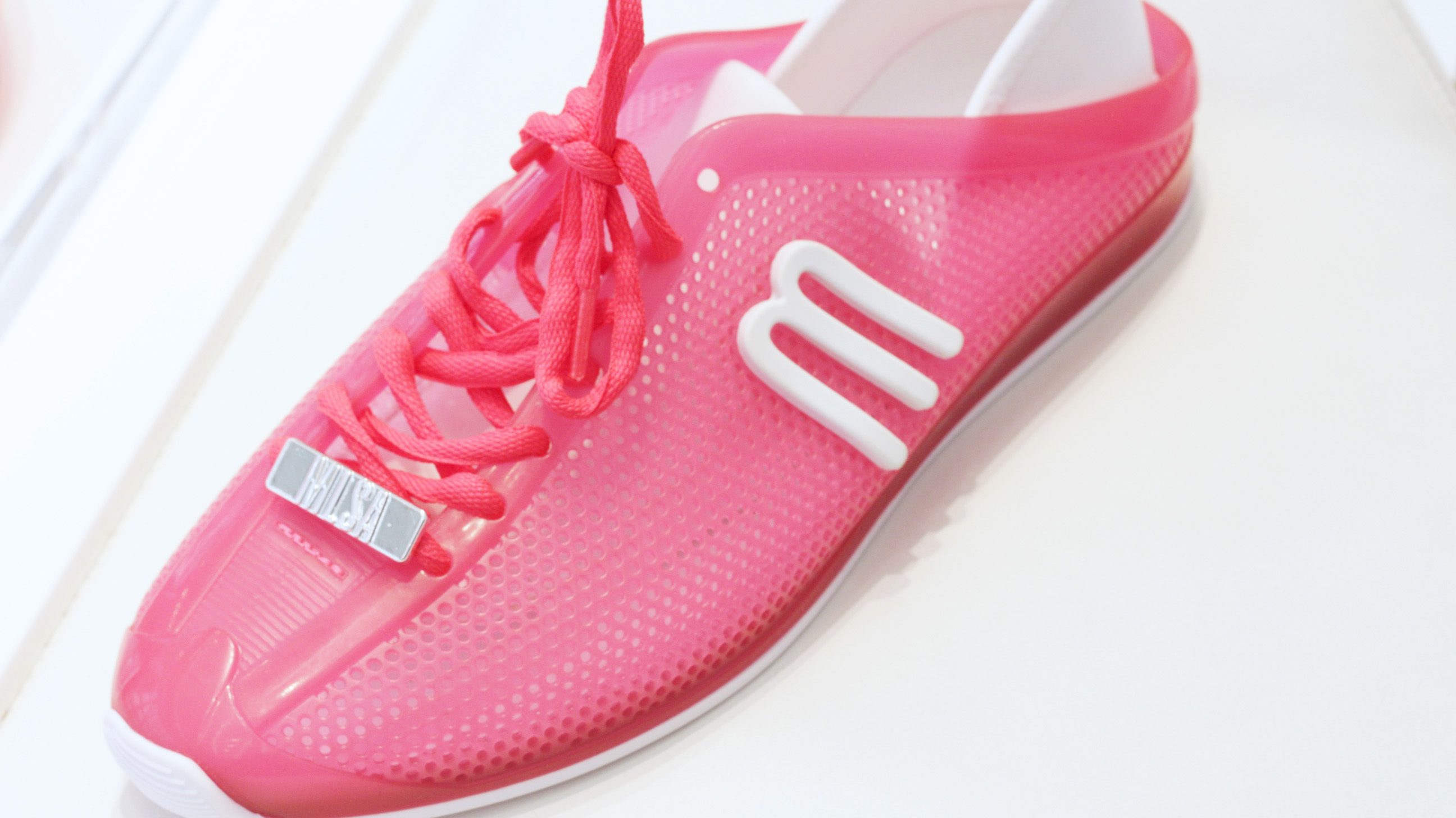 That was the 00’s, I was a teenager and those pink white and clear jelly trainers, I thought, were unattainable and seemingly otherworldly. Sexy, fun, kitsch, playful, with the ability to allow easy perspiration for the feet; it seemed that evening after school when I went to TFNC in Peckham and purchased a pair in size 5. The years following the routine was norm; Vivienne Westwood versions in a patent indigo, Oswald The Lucky Rabbit in a muted grey palette and then on a healthy collection grew…

Now a decade and a half fast-forward and another exciting bubblegum moment; a fav beauty brand of mine MdmFlow collaborating with Melissa , as part of Creative Saturdays  which includes “courses, workshops and collaborative debates that all share the idea of spicing up weekends in Covent Garden and integrating the universe of fashion + art + design”. 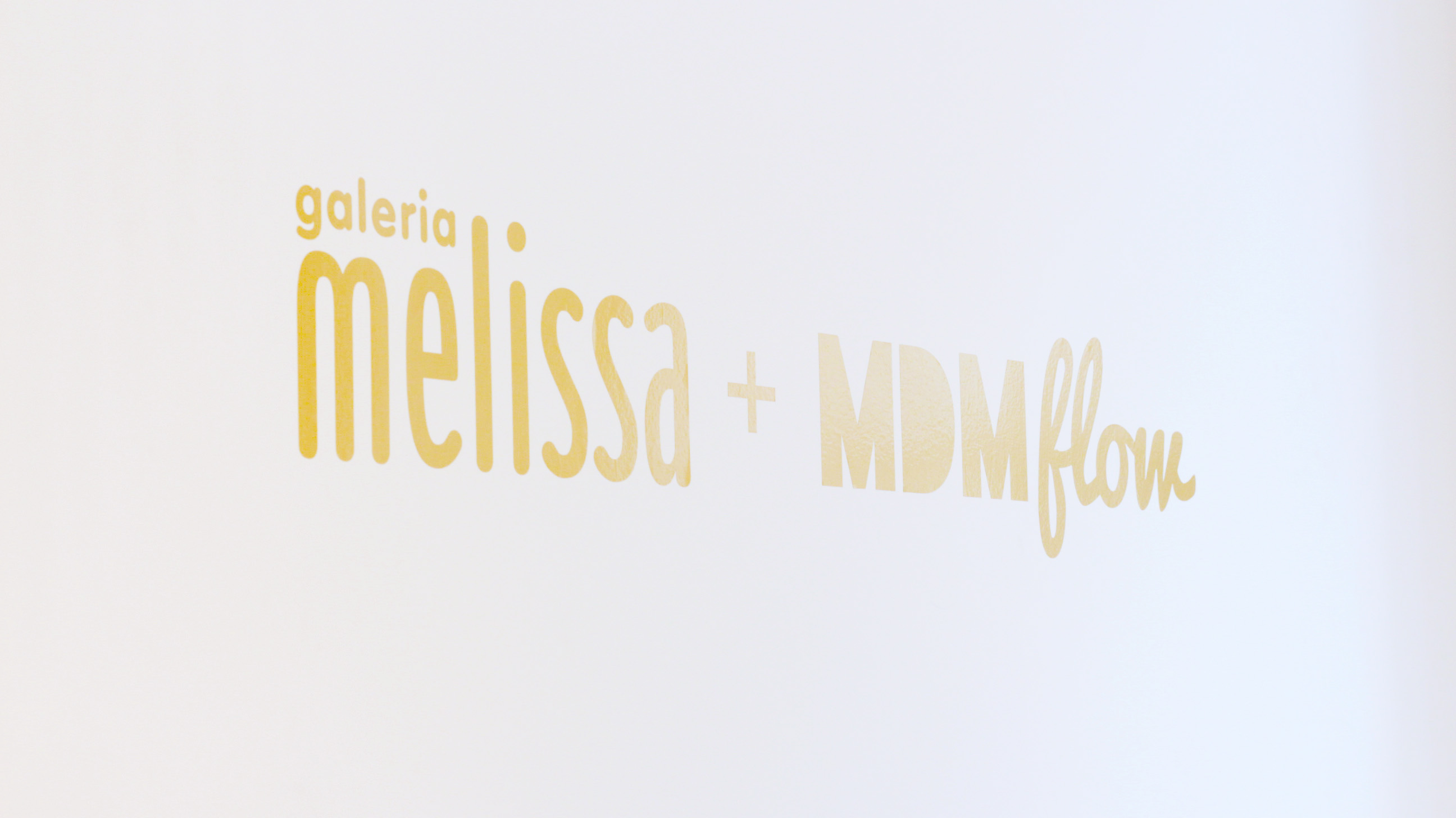 Sexy, fun, glam, playful femininity; “How to Create a Lipstick” was the afternoon program. The founder, cosmetics science graduate Florence Adepoju, was in store giving live demonstrations on her process of creating her now global lipstick line. 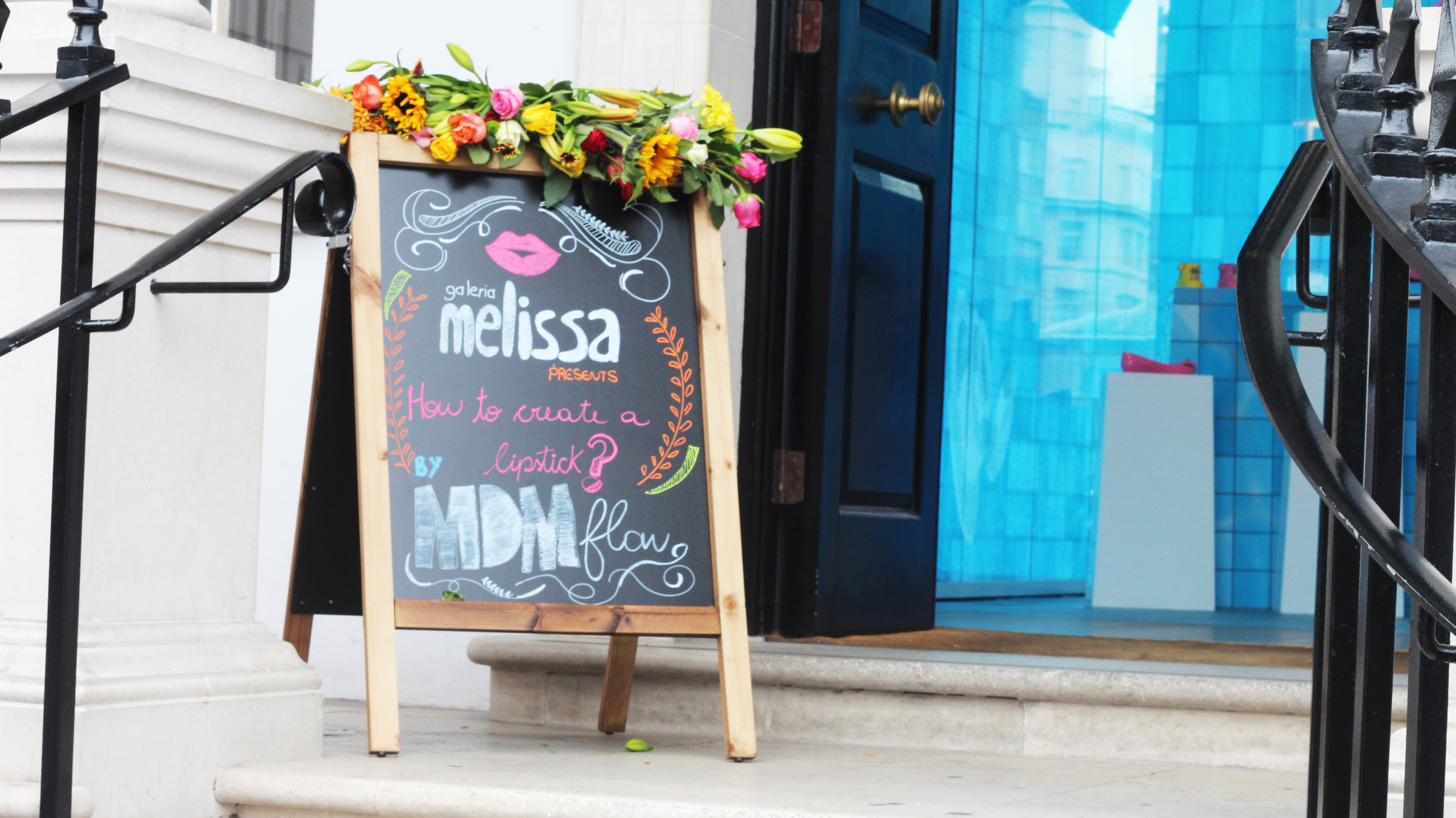 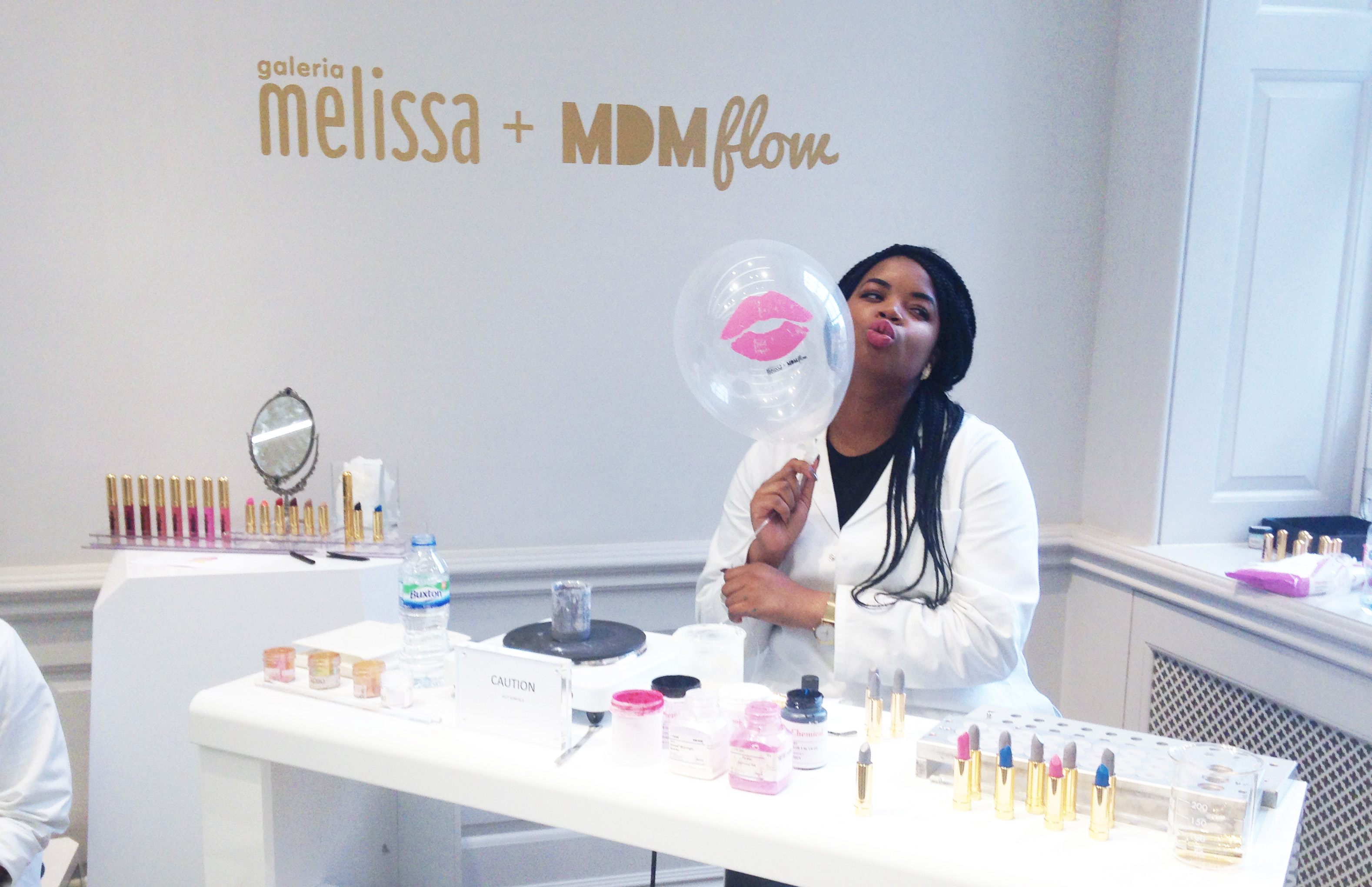 I’ve been following the brand since the successful Indiegogoget go, to the BoxParkpop up store, watching the evolution and well deserved hype follow the global phenomena that is MdMFlow. 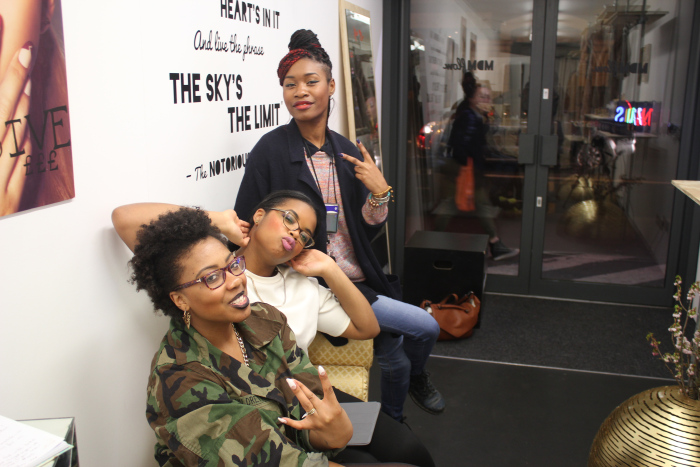 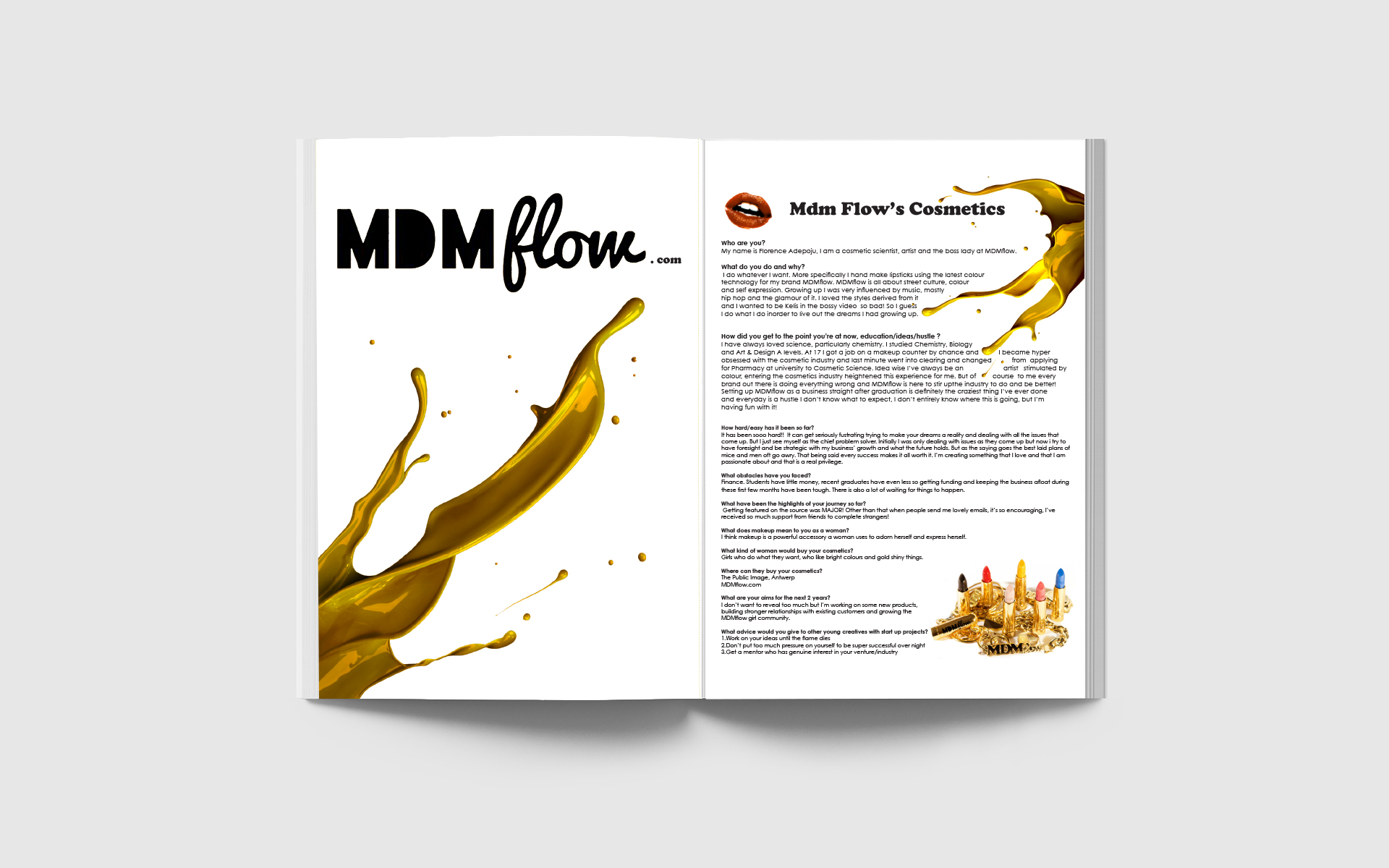 The proof is in the pudding really; women all around the world had long been waiting for an affordable, alluring and relevant beauty line, that represented all skin shades and tones and made young girls and grown women feel strong and powerful.

Hip Hop was the influence, so opulence, grassroots and self-assurance was the mode. A company that began in the shed at the back of an Essex family home, determined to succeed, it did as it was supposed to and metamorphed into the brand it is today. 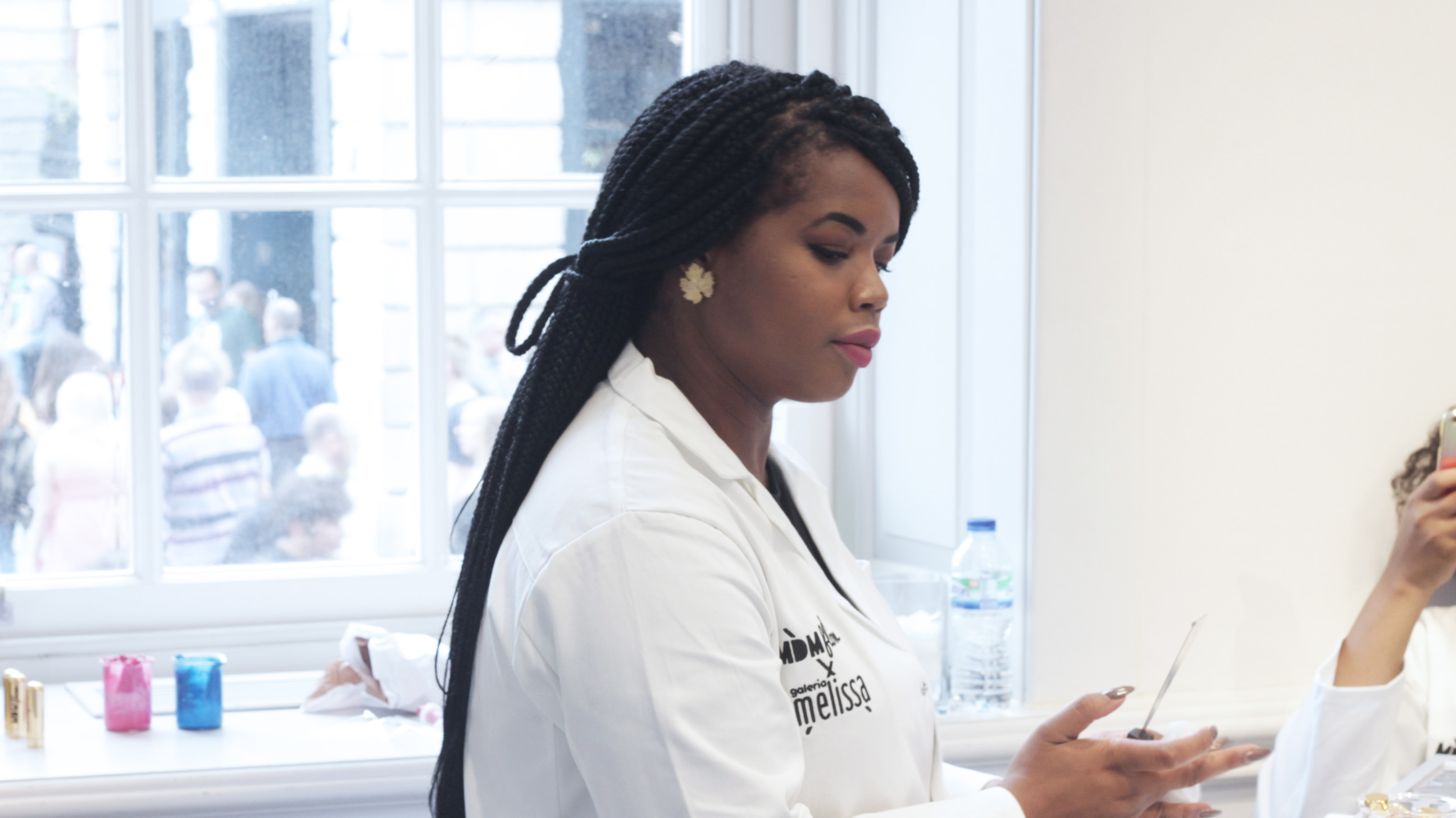 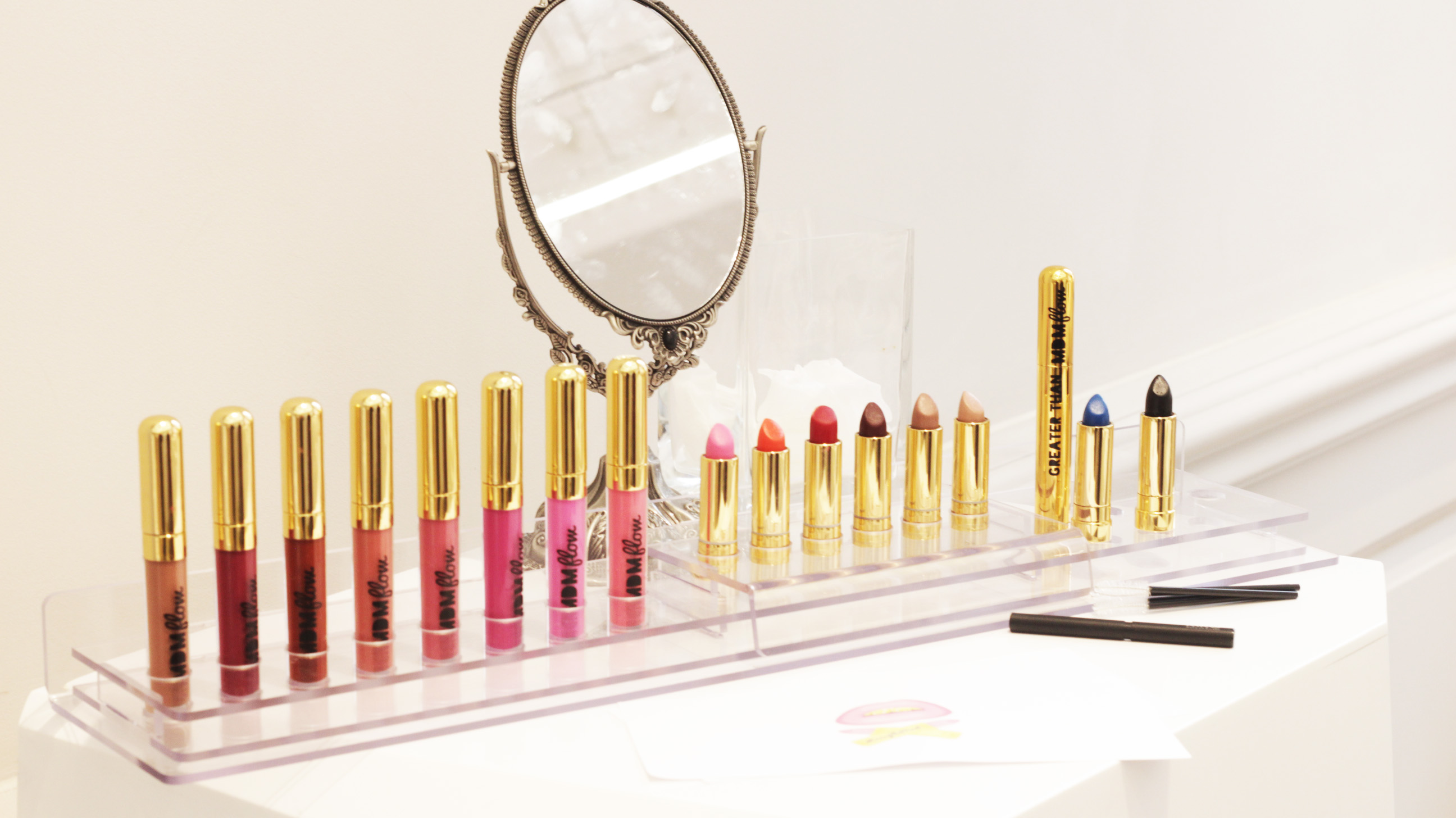 The process was fascinating; it was like being in a science lab, this was the part of the beauty industry I longed to witness. How the hell do they make those things, literally what is inside a lip stick?!

She begins with a base, then adds pigment (and maybe some fragrance if she chooses) into a measuring pot.  This mixture is then heated over a mini stove for a few minutes and then poured into a metal cooling tray, which holds about three sets of ten mini drums. Once cooled the sticks are then pushed through silicone sleeves and carefully twisted into the gold packaging. 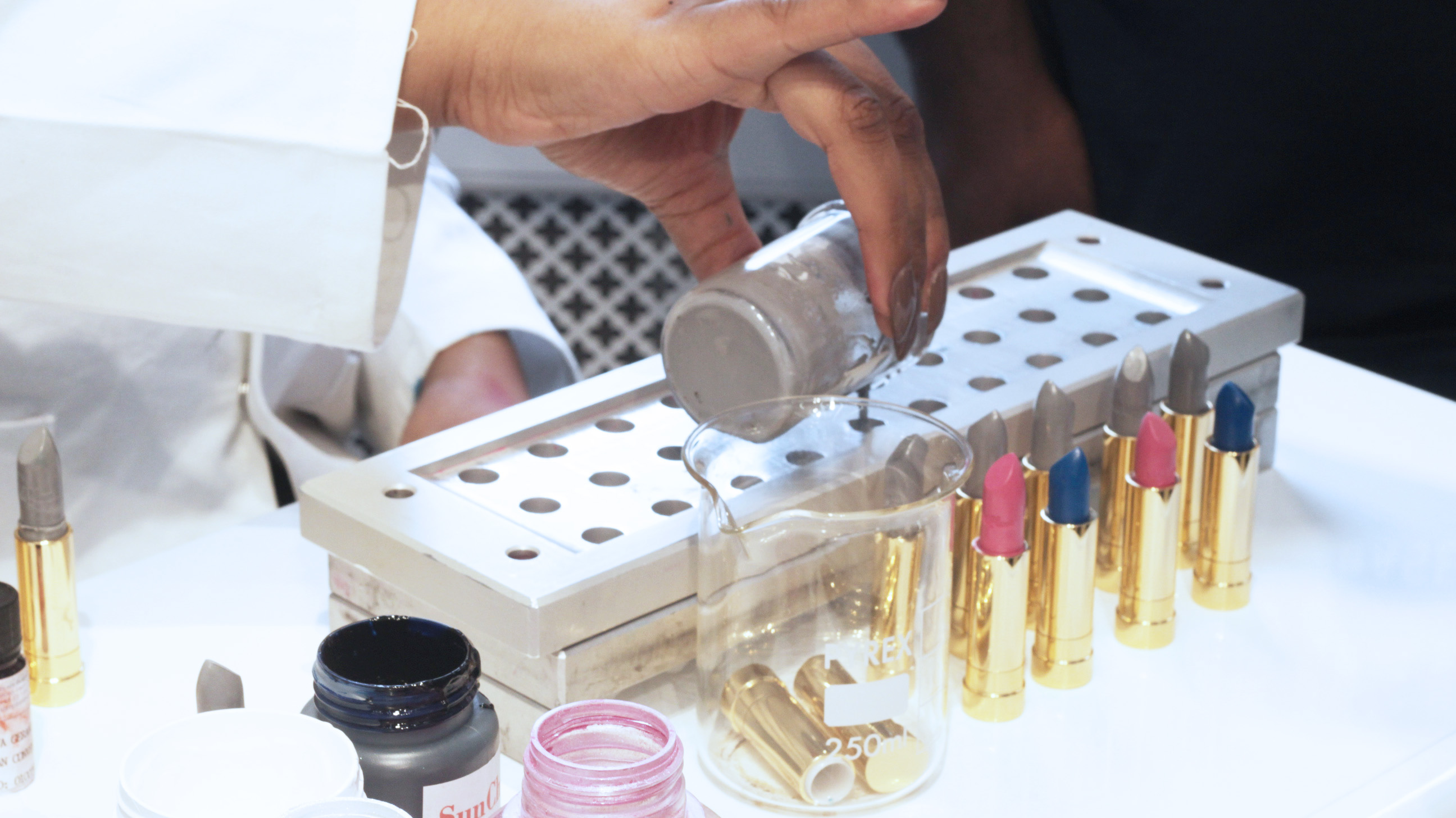 Magic! Science! Super simple it seemed? How does she do this all alone you may be thinking? Well the demand for her product has moved her from shed to factory and permitted the production of additional pieces like the “Greater Than”mascara and her liquid lipstick collection. 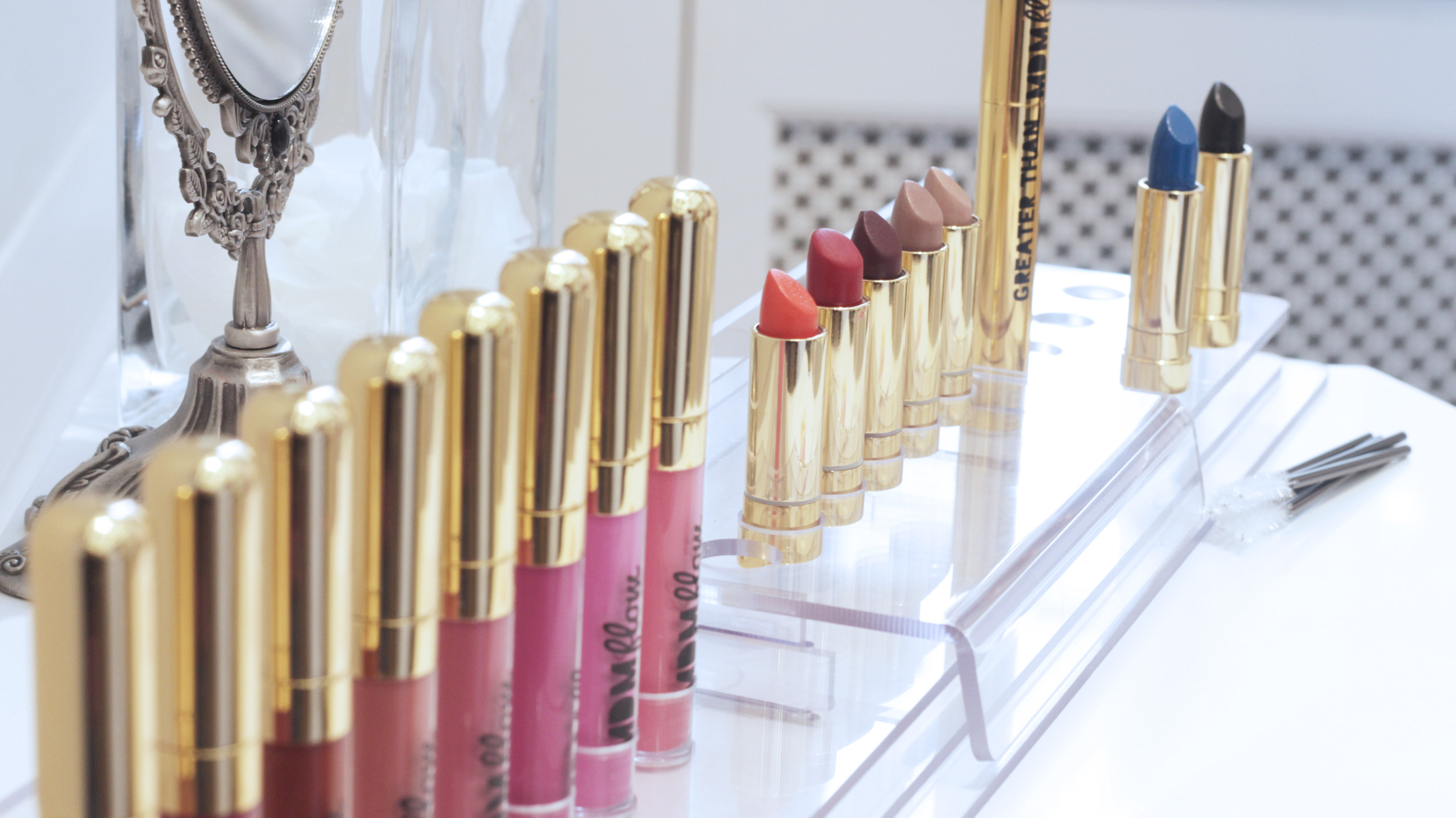 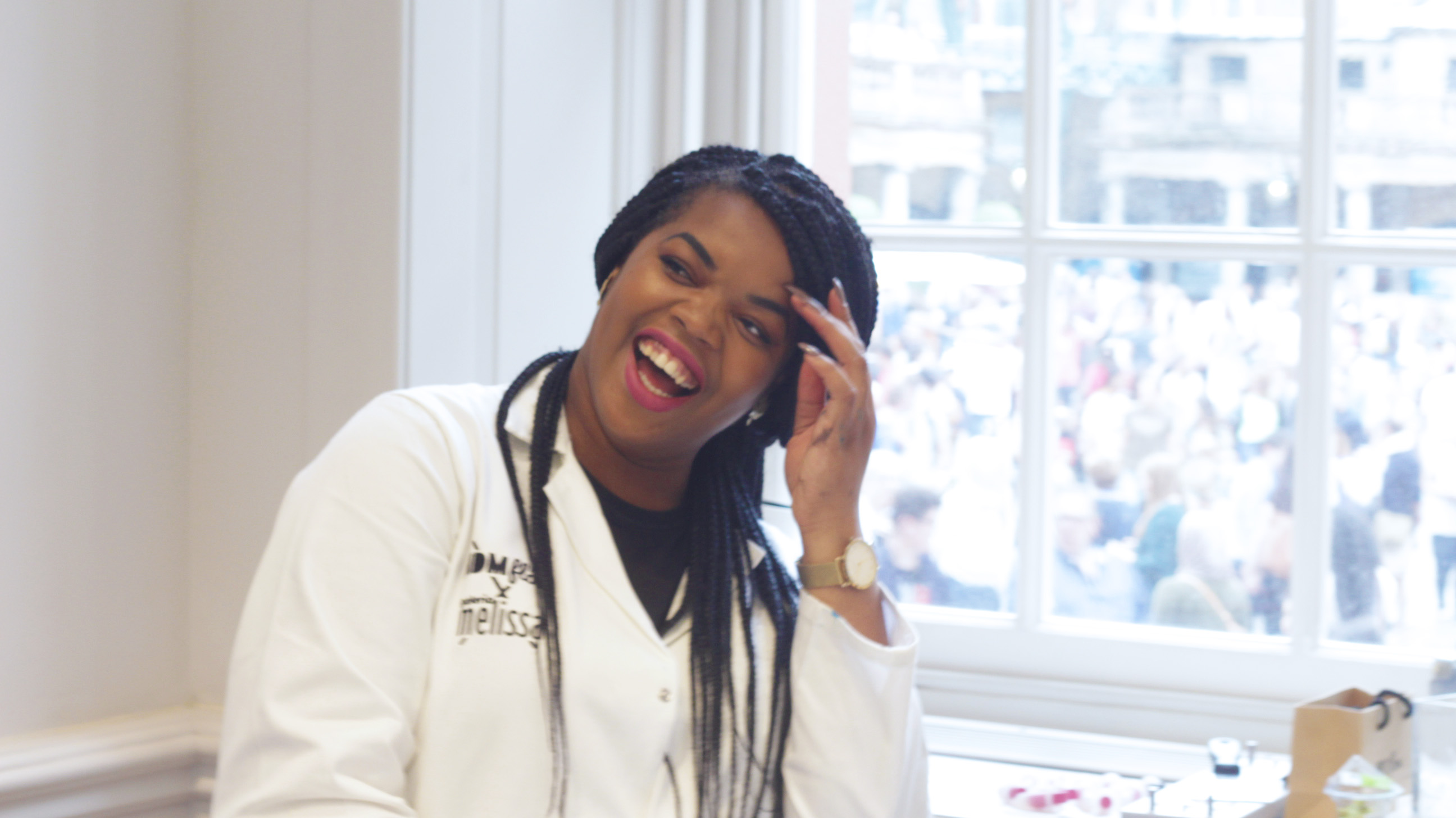 And as you should expect, Flo is a very happy lady! 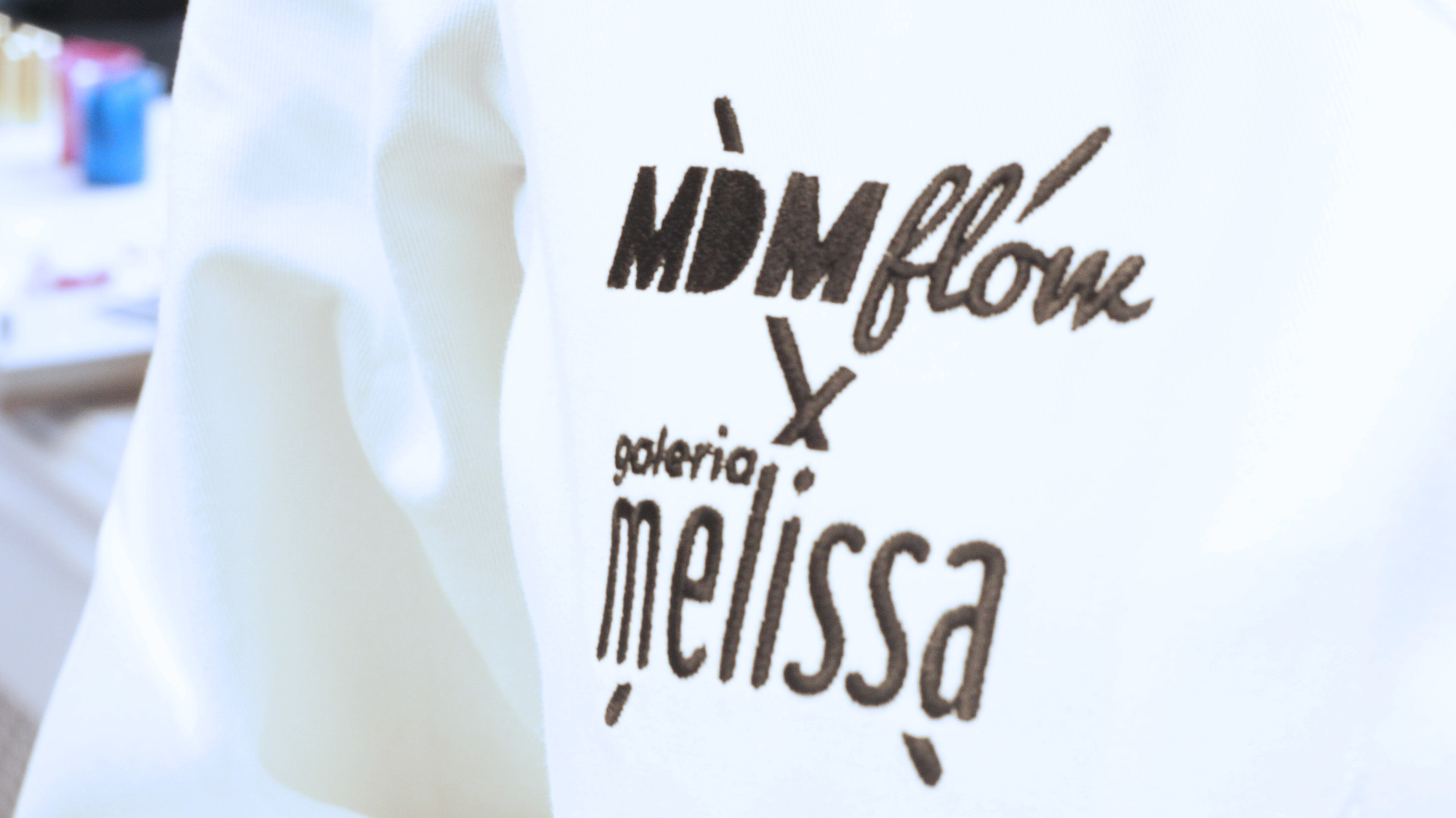 Her dynamic entrepreneurial flair is such an inspiration! 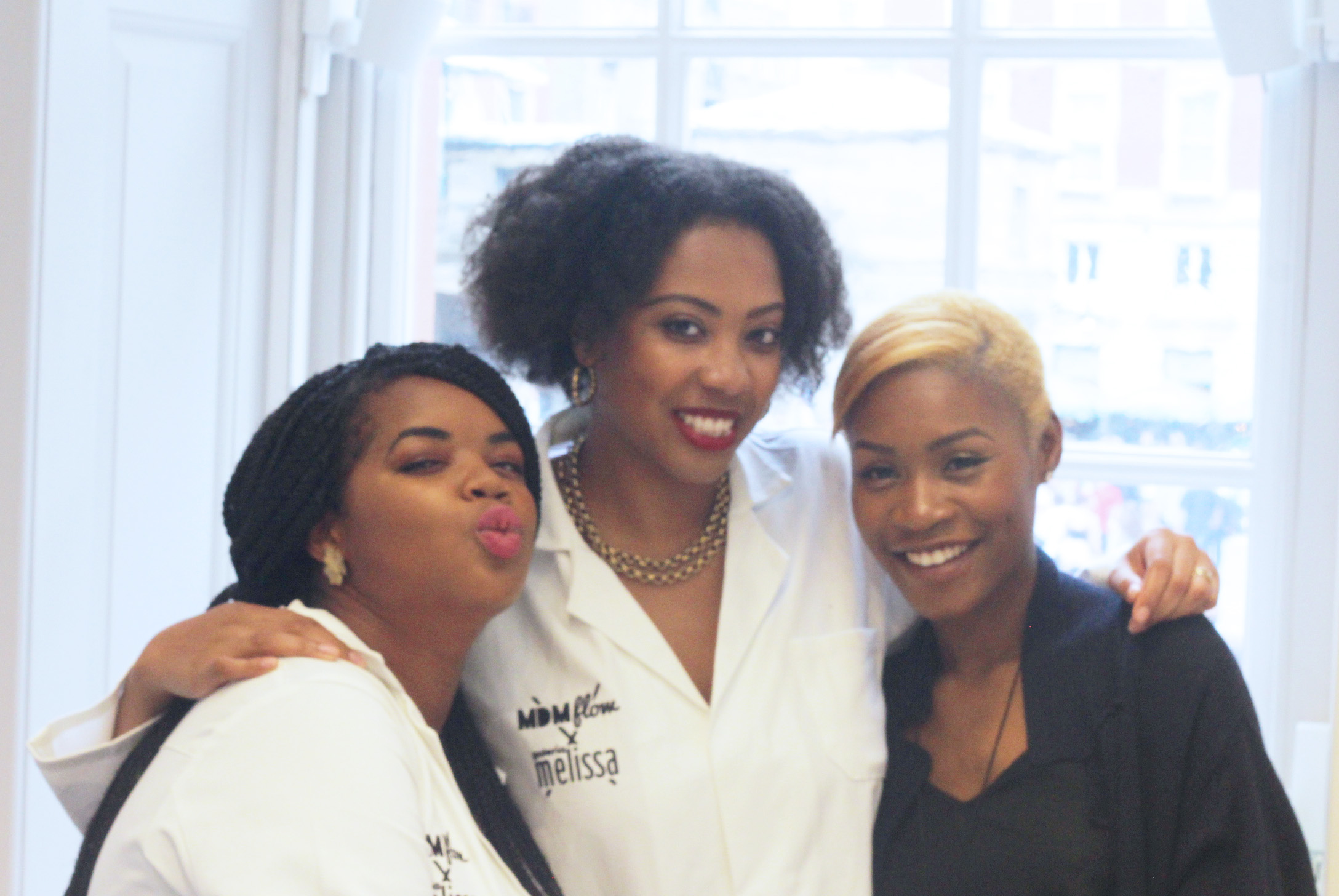